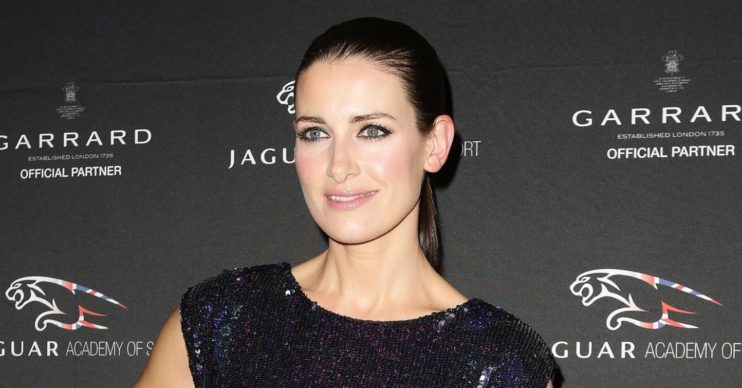 Kirsty Gallacher says ‘divorce from husband left her with PTSD’

In a new interview, Kirsty has admitted she struggled mentally after her break-up with husband Paul Sampson.

The couple had been married for five years when their relationship ended in 2015.

Speaking in the Outspoken Beauty podcast, Kirsty says: “I was grieving and mourning. I think I had post-traumatic stress disorder.

“I was skinny, not eating and wanting to black it all out. It was painful.”

I felt a burden and a sadness for my children, even though I didn’t do anything wrong.

The couple had been together since 1999 and already had two sons, Oscar and Jude.

Kirsty had met Paul shortly after he had won his first cap for England. She had recently been hired as a presenter for Sky Sports News.

But their relationship hit the skids in 2014 and they officially divorced a year later.

In 2017, Kirsty was convicted of drink-driving.

Last year, she told You magazine that the trauma of the divorce led to the incident.

Kirsty said: “I was in a very bad place with the divorce and issues to do with the children’s schedule. I was exhausted…

“I wasn’t thinking straight. It was very bad and very un-Kirsty because I’ve always been a good girl.”

Meanwhile, Kirsty has revealed that she was recently struck down with coronavirus.

The telly star said she fell ill in March and was “very unwell” with COVID-19.

Kirsty also told the Outspoken Beauty: “I was very unwell. It’s a very strange virus. Every day I had something different and new. The cough came last for me.

“Having a walk was almost impossible. I was so out of breath and I struggled doing anything. The sickness was horrific.”

Luckily, Kirsty soon turned a corner and – once on her feet – did her bit to help the NHS.

The mum-of-two took part in the ‘Five for Five’ challenge, which saw her run 5k, nominate five people to do the same and donated £5.