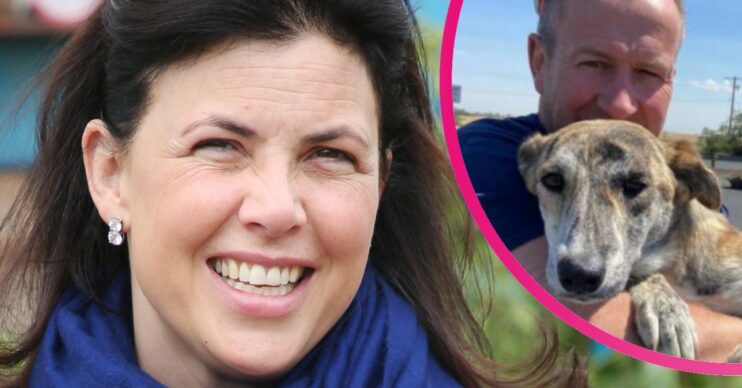 Pen, 52, successfully evacuated Afghanistan along with an estimated 173 cats and dogs yesterday after endless campaigning.

They are now reportedly in a safe place, after arriving at London Heathrow Airport.

However, there has been some public criticism over the move as he was unable to bring his Afghan animal rescue team of employees with him.

What’s more, many British people and Afghans have been unable to flee the nation as of yet.

Kirstie appeared to join in with the criticism when she tweeted: “But Mum, it’s women and gay people they shoot not cats & dogs.”

She then clarified: “The tweet reflected a child’s amazement that humans at risk weren’t put first.”

“But Mum, it’s women and gay people they shoot not cats & dogs”

But her claims appeared to go down like a lead balloon with Twitter users, as many seemed infuriated over her remarks.

One angry user replied with: “Can we all focus on the bigger picture for Christ’s sake.. what are we arguing about here? Someone who is doing good – not quite good enough for some but Jesus Christ.

“We’re on the verge of welcoming back in widespread terrorist attacks, Russia and China in collusion. Focus people.”

And another user argued: “Do you think they have any compassion for these animals either? For the millionth time Kirsty, they did not take up any space that humans would have on board.”

A third user fumed with: “He was trying to bring people with him as well. Not just cats and dogs. Why can’t people understand that. It was never pets before people it was always people AND rescue animals on a private plane with space to bring more refugees.”

A fourth user then claimed: “I think it’s unfair to blame Pen Farthing. This was I believe privately paid for through power of speech/tweets he has brought to people’s attention that his staff were blocked from leaving and as the animals had the cargo there were plenty of seats that could have seated those.”

However, a couple of users did take Kirstie’s side.

One, who had seemingly missed the point about the cargo space, argued: “When people desperate to leave got blown to pieces anyone proposing cats and dogs take priority really need to take a look in the mirror! For one second imagine it was you!”

So who do you agree with? Let us know on our Facebook page @EntertainmentDailyFix.