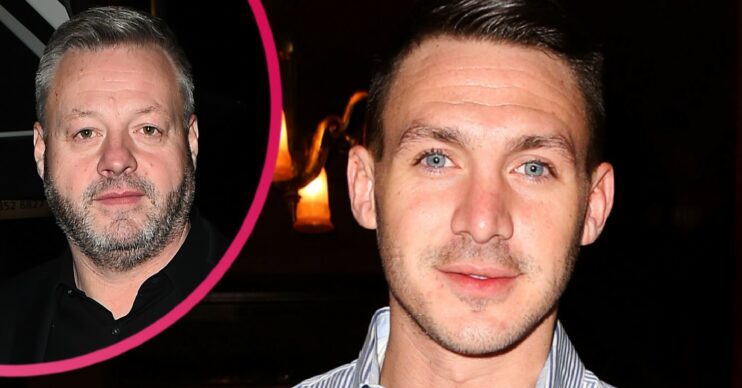 The former TOWIE star, 33, has kept a relatively low profile since the sudden passing of his dad in January.

But in a new update to fans, Kirk opened up about the heartbreaking incident as he revealed he found him dead at his home in Essex.

Kirk Norcross opens up about his dad’s death

In a series of emotional videos, Kirk shared how he cut his dad down after he took his own life.

As a result, the reality star has since been diagnosed with PTSD.

He revealed: “I haven’t told no one this, only like my friends and family know. I don’t know why I’m telling Instagram, really.

It just eats me up

“It’s not for a sob story. I don’t want no special treatment or anything.

“Maybe if I tell more people, it takes a lot of pressure off my shoulders. Obviously everyone is aware that I lost my dad due to suicide. He hung himself. And I was the one that found my dad.”

Despite doing everything he could, Kirk went on to admit it was too late to save his dad.

The TOWIE star continued: “It weren’t nice. There was no saving him but I cut him down and tried to give him CPR. I don’t take anything away from my old man for doing that, you know. I’d rather do that than some stranger find him. It just eats me up.

“It’s a bit hard to deal with, but I am. I don’t know why I’m telling Instagram. I just thought… I’ve got a lot of pressure on my shoulders lately. I feel good.

“I’m being a good man for my dad. I feel a lot better already, just a bit of weight off my shoulders, you know.”

What happened to Kirk’s dad Mick?

Back in February, the coroner confirmed the star had passed away when he took his own life on January 21.

The star’s provisional medical cause of death was given as suspension by ligature following a post-mortem at Basildon Hospital.

His inquest is set to take place later this month.

In the emotional post, Mason wrote: “I wish I could thank you for everything you done for me.

“You gave me the best 19 years a boy could ever ask for, I will love you forever dad until we meet again.”

Meanwhile, Mick and Kirk previously quit TOWIE back in 2013.

However, the show has continued to support Kirk following his dad’s death.

In a statement, they said: “Bereavement counselling is available to any of our cast past and present should they need our support in processing this very sad news.”