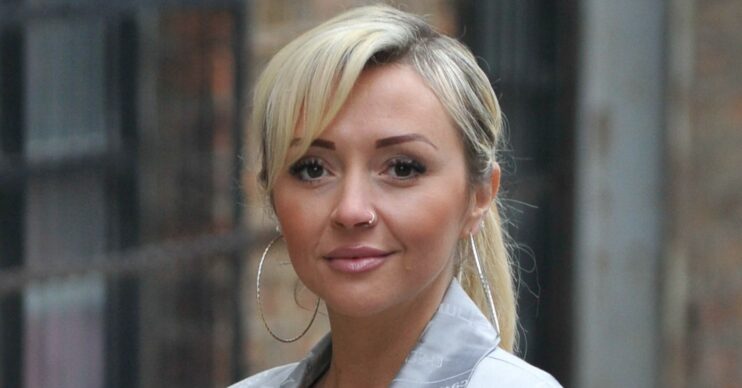 Kimberly Hart-Simpson praised as she shows off ‘stunning’ transformation

Kimberly Hart-Simpson has left her fans gushing as she showed off her stunning hair transformation.

However, Kimberly, 34, looked completely different as she debuted brunette locks on her Instagram profile.

The actress has shared several photos of herself with darker hair.

In a recent snap, she posed next to a window as her long locks were loosely waved.

Read more: What is a pansexual? Corrie’s Kimberly Hart-Simpson wants to date Alesha Dixon after coming out

And it didn’t take long for fans to praise the makeover.

A second shared: “You suit your hair way more like this. Absolutely lovely.”

A third added: “Lovely as a blonde and brunette.”

In addition, a fourth said: “Love this hair colour.”

Meanwhile, another likened the actress to Jesy Nelson.

Lovely as a blonde and brunette

However, one fan appeared baffled over Kimberly’s changing hair colours.

They wrote: “I’m so confused, is she brown or blonde? These posts with different hair colours are so confusing.”

Kimberly then explained: “I wear a lot of wigs. So you are right to be confused.”

Kimberly opens up on her sexuality

Meanwhile, it follows months after the former soap star came out as pansexual.

Speaking to the Mirror, she explained: “I have dated people who are male, female, transgender.

“Gender is completely irrelevant to me. We’re all on different spectrums. There are many qualities about me I would deem just as much male as female. It’s about the person, not what sex they were born. I just fancy everybody.”

Kimberly previously appeared on Celebs Go Dating in a bid to find love.

And while the actress departed Corrie back in September, the door has been left open for her character to return.

During her time on the soap, Kimberly starred as sex worker Nicky Wheatley, who shared a close bond with Daniel Osbourne.