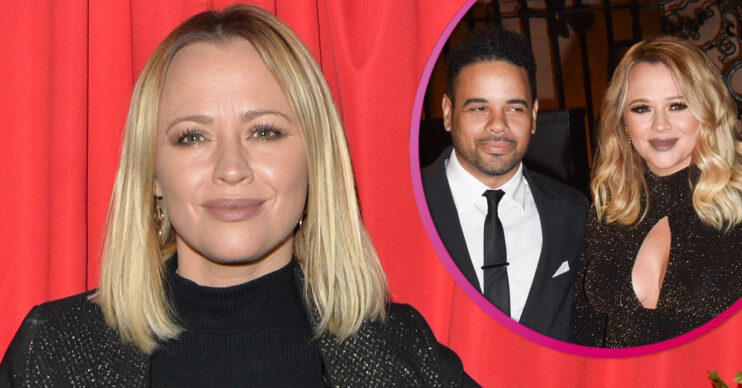 Kimberley Walsh has given birth to her third baby and revealed his sweet name.

Kimberley revealed she had the “perfect” labour experience and they’ve named the tot, Nate Jackson Scott.

Kimberley welcomed little Nate on May 28 in the Lindo Wing at St Mary’s Hospital in London – the same hospital the Duchess of Cambridge welcomed her children.

Read more: Kimberley Walsh ‘very much outnumbered’ as she reveals she’s having another baby boy

Speaking to OK! Magazine, the singer said: “Me and Justin said to each other yesterday that two just didn’t seem enough for some reason, but now we feel complete.”

Revealing her other sons Bobby and Cole’s reactions, Kimberley said she can’t believe “how much they adore him already”.

She added: “I’ve always liked the name. There was a Nate in Boyz II Men and I’ve known a few people in the industry with the name and it’s quite American-sounding, and so is Cole, so I felt like they went well together.

“I’ve also watched a few American series recently with characters called Nate, like How To Get Away With Murder, and the name felt right when I heard it.”

Kimberley and Justin announced they were expecting their third child back in December.

At the time, Kimberley told OK!: “For the family, it’s been a bit of light in the distance and something to look towards and get excited about, and plan for.”

She added: “Because it’s my third it’s going to pop out a little bit quicker. And I do tend to have quite big bumps.”

The couple’s eldest son Bobby is six while their second child, Cole, is four.

Justin and Kimberley have been together for 18 years and married in 2016.

What do you think of Nate’s name? Let us know on our Facebook page @EntertainmentDailyFix.