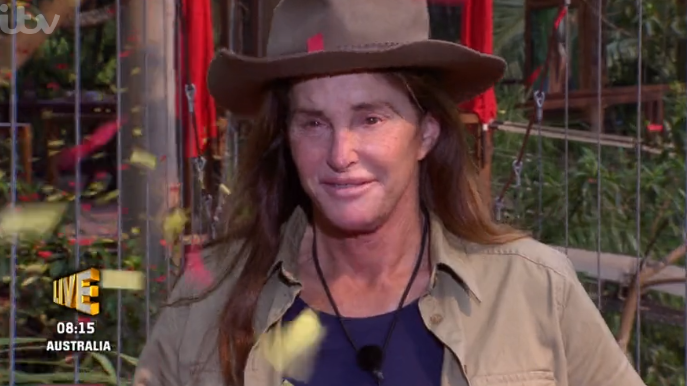 Fans were left heartbroken by their lack of involvement

Reality TV star Kim Kardashian has slammed I’m A Celebrity bosses and claimed “no one” asked her famous family to take part in the show.

However, viewers were left heartbroken when Caitlyn didn’t receive a letter from home from any of her children.

None of them were on the bridge to greet her either, with fellow campmate James Haskell stepping in to meet Caitlyn upon her exit from the camp.

Now, however, the Kardashian family’s eldest sibling has spoken out.

NO ONE from I’m A Celeb even reached out and asked for letters, appearances or anything from any Kardashians or Jenners.

And Kim – who is married to rapper Kanye West – has claimed that none of the “Kardashians or Jenners” were asked to take part in the ITV show.

She tweeted to say that “no one” from I’m A Celebrity “even reached out and asked for letters, appearances or anything” from the famous family.

Before Caitlyn transitioned, she was married to Kris Jenner. They divorced in 2015.

Brandon backed up Kim’s claims and said “nobody reached out to set it up”.

According to the Mirror, he told a fan: “I think it might have been a ‘storyline’ the producers wanted to fabricate in order to get more empathy for Caitlyn. That’s how that kind of TV works.”

Exactly what Brandon said!!!! NO ONE from I’m A Celeb even reached out and asked for letters, appearances or anything from any Kardashians or Jenners. https://t.co/dlzoodwDiz

Ent Daily has contacted I’m A Celebrity reps for a comment.

Caitlyn was eliminated from the show in a double eviction along with Nadine Coyle.