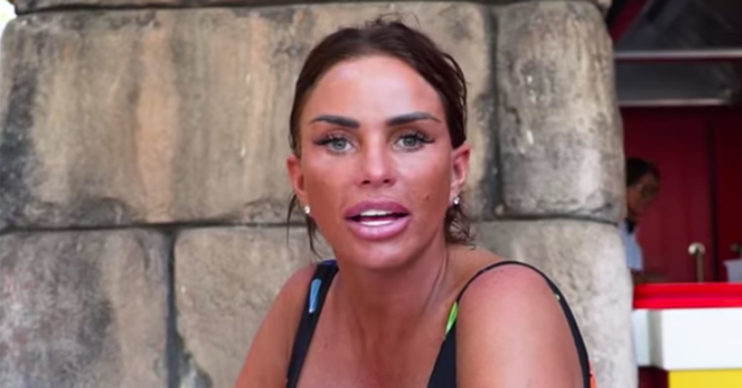 Kieran says it's not good for the kids

Katie Price ex Kieran Hayler has urged his former partner to settle down for the sake of their kids.

Kieran, 33, is worried that the two children he shares with Katie – Jett, seven, and Bunny, six – are being ‘affected’ by the regular turnover of boyfriends.

What did Kieran say?

In an interview with New! magazine, Kieran – who was married to Katie for seven years between 2013 and 2020 – says he hopes she settles down with new beau, Carl Woods.

“I’m hoping that Carl is here to stay,” he said.

He added: “It would be great for them to have a stable man on that side – or no man!

“One of the two. Either no man or a long-term man. I just want the kids to be happy and I want them to go there and for it to be nice.

“It can affect the kids with different people in and out of their lives.”

Are Katie and Carl the real deal?

It certainly seems that Katie is considering long-term plans for her and former Love Island contestant Carl, 31.

Lying in a hospital bed, she thanked nurses and doctors at the Chelsea Westminster hospital for carrying out the procedure – which was reported to have included slicing open her heels and inserting pins into her feet.

She had previously broken both her feet during a trip to Turkey, during which she and Carl got sparkling new veneers for their teeth.

At the end of her message she also thanked him, saying: “Thankyou to @carljwoods for constantly fitting me around his work and being by my side, loving knowing I’ve found the man that has surprisingly ticked every box I could only dream of a man to be like and knowing I’m spending the rest of my life with him.”

How long were Kieran and Katie married for?

Kieran and Katie were married for a total of seven years, and were finally legally divorced in 2020.

Despite having two children together, there were ups and downs during the relationship.

Katie accused Kieran of having an affair with her best friend while she was pregnant, and the two said he was getting help for ‘sex addiction’.

Despite renewing their vows three times, the couple split in 2018.

Kieran has since stated that the sex addiction story was ‘made up’.