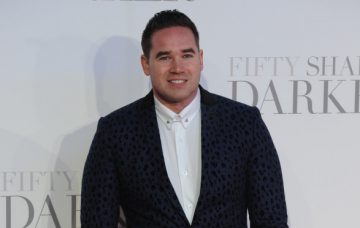 They're said to have met through their children

The estranged husband of Katie Price shared a pic to his Instagram Stories on Thursday showing him and Michelle enjoying a sunny walk together.

He captioned the snap, “beach days” and added a love heart emoji.

It’s the first time Kieran, 31, has shared a picture of Michelle to social media.

The pair were first linked in July when they were pictured by paparazzi kissing and hugging as they enjoyed a walk in the woods.

According to The Mirror, Michelle is a 36-year-old cabin crew worker who met Kieran through their children.

A source said: “They have a lot of feelings for each other and have met each other’s children. Kieran just wants to move on from Katie now, it’s a new chapter for him.”

Kieran and Michelle appeared to be enjoying a day out with the kids on Thursday, as Kieran also shared two other photos.

One snap showed his youngest child Bunny, four, while the other was a selfie with the caption: “Kids knackered me out today haha.”

The couple announced their split in June, with Katie accusing Kieran of cheating on her again, after previously taking him back after he slept with her best friend and allegedly their kids’ nanny.

Katie’s now moved on too and is dating fitness expert Kris Boyson.

They recently holidayed together in Thailand and Kris appeared in the last series of Katie’s Quest Red reality show, My Crazy Life.

She previously told OK! Magazine: “I’ve never had anyone who’s like [Kris]– he’s a man’s man. He’s got his own job, he’s not false or fame hungry. He goes to work and doesn’t want to hang around me at work.

Do you post pictures of your loved ones to social media or prefer to keep things private? Leave us a comment on our Facebook page @EntertainmentDailyFix and let us know what you think!