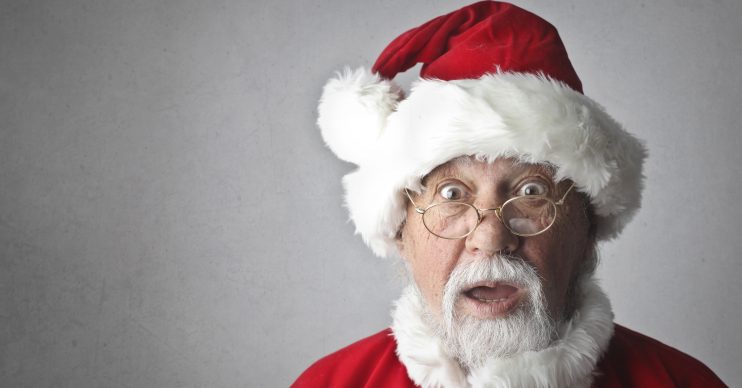 Santa will deliver updates from the North Pole

When you’re a child, you spend the run up to Christmas wondering what Santa is up to, and whether he’s going to be ready to deliver your presents on the big day.

Well, little ones need wonder no more, for they can now get updates from the man himself – if they have access to Amazon’s Alexa voice assistant.

A new service has been launched, whereby kids can learn about Santa’s progress simply by talking to Alexa – which is available on Amazon’s Echo speakers and other Amazon devices.

The process is simple – all children have to do is ask Alexa how many days there are until Christmas.

She will then respond by saying: “Would you like to hear an update from my good friend Santa?”

Presuming the child replies in the affirmative – which seems likely! – Father Christmas will then take over from Alexa, keeping the excited little one informed about his activities.

Got to be better than the kids asking for farts again!

For example, he might say that he’s been baking mince pies in the North Pole with his wife, Mrs Claus.

It’s a great way to get kids in the mood for Christmas – and to make sure they stay well behaved so as not to end up on Santa’s naughty list!

Parents have been singing the praises of the new service on social media.

One mum wrote on the Facebook group Extreme Couponing and Bargains UK: “One for the kids – ask Alexa how many days are left until Christmas and you will get asked if you want to receive a message from Santa.

“Something fun for the kids to get excited about.”

Read more: You can now decorate your Christmas tree with glitter gravy baubles

Another joked: “Got to be better than the kids asking for farts again!”

And a third added: “Oh yay! Something new we can try.”

The Father Christmas message service is free to anyone who has access to Amazon Alexa.

If you don’t have an Amazon device, you’ll just have to ask for one for Christmas and try out the service next year!