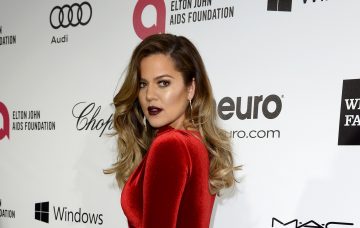 It has a wonderful meaning for the Kardashian family

Khloe Kardashian has named her newborn daughter True – and there’s a very special reason why.

The star’s mother, Kris Jenner, has shared the meaning behind True’s name, as well as revealing that the newborn already has her own Instagram page.

Kris said she was “so excited to welcome my precious little granddaughter True” shortly after Khloe unveiled her daughter’s name online.

She added in an Instagram post: “Fun fact … my Grandfather’s name on my Dad’s side was True Otis Houghton … my Dad’s name was Robert True Houghton … so I am so excited Khloe named her daughter True!!!”

The Kardashian-Jenner family matriarch added the hashtags #lovebug, #familytradition and #family, as well as linking to a newly-created account, @true.

The Instagram page, set up in the baby’s name, had more than 125,000 followers within a few hours.

Khloe welcomed her first child with her partner, NBA player Tristan Thompson, at a hospital outside Cleveland, Ohio, last Thursday.

On Monday she posted a photo on Twitter showing a room festooned with pink balloons and flowers, and saying she and the baby’s father were “overwhelmed with LOVE”.

“Our little girl, True Thompson, has completely stolen our hearts and we are overwhelmed with LOVE,” said the message.

“Such a blessing to welcome this angel into the family!

“Mommy and Daddy loooooove you True!”

“When a woman is loved correctly, she becomes ten times the woman she was before” Thank you my love ❤️

Khloe, 33, did not publicly confirm she was expecting until she was almost six months pregnant.

She eventually shared a photo of her baby bump on Instagram, saying it was her “greatest dream realised”.

The baby is the third for the Kardashians and Jenners this year.

Kylie Jenner welcomed her first child, Stormi, in February, and Kim Kardashian West and husband Kanye West had their third child, daughter Chicago, via a surrogate in January.