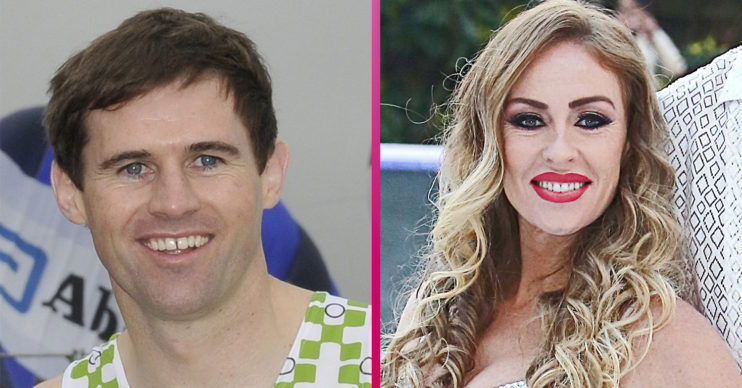 The couple announced their engagement in February

Kevin Kilbane and Brianne Delcourt are expecting their first child.

The Dancing On Ice couple announced their engagement back in February after skating on the programme together and have since got married.

Now, Kevin and Brianne are having a baby after meeting on the ITV show in October.

What did Dancing On Ice stars Kevin and Brianne say?

Kevin told OK! Magazine: “I actually couldn’t be happier to be married and to have a baby on the way.”

Brianne added: “We keep saying to each other, ‘Imagine if we knew this last year.’ I wouldn’t have believed it!”

I actually couldn’t be happier to be married and to have a baby on the way.

Kevin added: “Everything may seem fast in other people’s eyes and we can’t believe it ourselves but we do everything together so this was naturally the next step.”

He admitted it was “surprising” at first because “it came at a crazy time when there was already a lot going on but we were planning it”.

Kevin said he and Brianne “didn’t realise it would happen so quick”.

Meanwhile, professional dancer Brianne said she had been “feeling weird” and couldn’t stop crying so took a pregnancy test.

Brianne and Kevin tied the knot earlier this month.

Due to coronavirus, they couldn’t get married in a ceremony in Ireland.

Instead, the couple tied the knot at the Bonnie View Inn, a lakeside hotel in Brianne’s home country Canada.

They’ve been living in Canada since lockdown.

The former footballer wrote: “We celebrated our proposed wedding day anyway.. I love you @brianne_tv.”

“Damn you Covid, so we celebrated our way.”

Kevin is already a dad to his daughters Elsie and Isla.