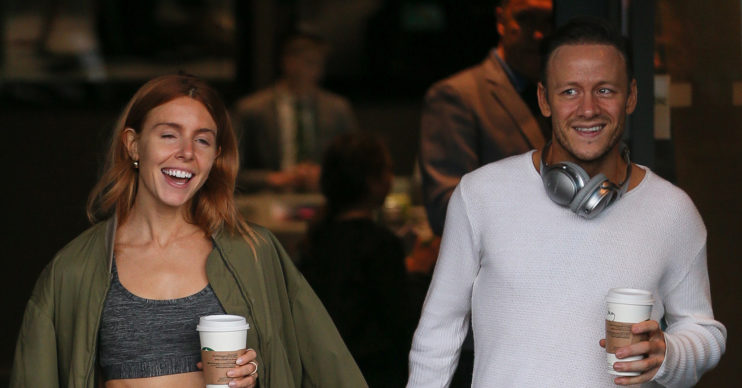 This would be the fourth marriage for Kevin Clifton

The pair competed together on 2018’s Strictly Come Dancing, and went on to win the coveted glitter ball trophy.

By 2019, they announced they were romantically involved. The lovebirds have been dating ever since – and even moved in together.

And now it looks like wedding bells could be on the cards.

This would be Kevin’s fourth marriage, and Stacey’s first.

A source told Heat magazine: “Yes, Kevin has been married three times before, but he really feels that Stacey is the right person for him and this time will be different.

“He really feels Stacey is the right person”

“He would love to propose and everyone thinks that Stacey would say yes. She says she’s never been this happy and that’s mainly because of Kevin.”

The source added that Stacey is unbothered by Kevin’s unlucky in love past.

Stacey has deliberately kept her romance with Kevin out of the limelight.

Bar a few social media posts, she has avoided sharing much about their relationship.

She told The Guardian this is because she prizes privacy when it comes to her personal life.

“This time will be different”

The documentary presenter said: “Kev and I have agreed not to go into too much detail about our private lives because you can’t really indulge that and then ask for privacy.

“That’s why we’ve turned down interviews that have offered us tens of thousands of pounds.”

She also lashed out at the public’s interest in her personal life while speaking to Hunger magazine.

She said: “It honestly blows my mind, that people give a [bleep] about who I fancy, or who I’m dating, when professionally I’m conducting interviews with some of the most recognisable terrorists in the world.

“Or covering paedophilic rings. Or discussing youth homelessness. Or conflict in Syria and Iraq.

“It honestly blows my mind”

“Or mental health units. Femicide rates in Honduras… I could go on and on. These are all topics worthy of front-page news.

“But you know what makes the front page of the tabloids? Who I’m with romantically and supposedly trusted sources, quoting completely untrue statements. It’s mad.”

What do you think of Kevin’s reported plans? Share your thoughts with us on our Facebook page @EntertainmentDailyFix.