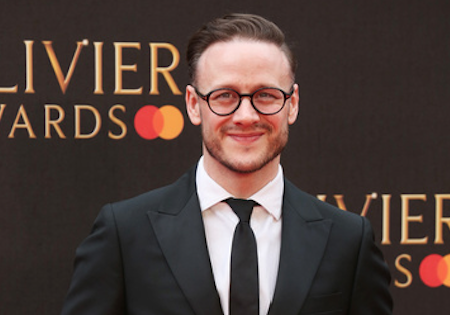 Strictly star reveals upcoming project has been "years in the making"

Strictly Come Dancing star Kevin Clifton has teased he will be taking on a big job next year.

The 36-year-old reigning Strictly champ – who triumphed on last year’s BBC One dance series alongside Stacey Dooley – told fans on Twitter he was excited about starting on a long-anticipated new project.

Responding to a follower praising him for his performances in Burn The Floor and musical Rock of Ages, Kev confirmed he would be back on tour in 2020.

He tweeted: “Next year a project that is years in the making is finally happening…”

Starts with a dream This pic was taken in August 2018 before me and @sjdooley had even been partnered up on @bbcstrictly . We were just messing around with the trophy 🏆 So happy to be back again for @bbcstrictly 2019 #strictly #champs #5finals

Fans were quick to speculate on what Kevin could have planned – with some hoping a collaboration with sister Joanne could be on the cards.

Others vowed to turn out for the project, calling on Kev to bring the presumed new show to where they live.

“Tell us more Kevin,” pleaded one fan – but it seems Kevin, who didn’t reply to the request for more information, intends to keep developments under wraps for now.

So sweet. Next year a project that is years in the making is finally happening… https://t.co/4yzhz4ipmw

Thankfully, Kevin won’t be stepping away from the Strictly dance floor to make time for preparations on his new project.

He is already confirmed to be part of the troupe of Strictly pros for the 2019 run and will no doubt be keen to defend his crown.

It was recently reported that fellow Glitterball Trophy winner Stacey has moved out of Kevin’s home after staying there for a couple of months.

Absolutely loving life at the moment playing Stacee Jaxx in @rockofagesmusicaluk and being part of this amazingly talented cast. Who’s been to see us or is coming soon?

The Sun quoted an anonymous insider as saying: “Now the honeymoon period has ended and they’re both working very hard again, she thought it best to slow things down and to get a place of her own.

“Kevin understood and agreed it was probably best for them to have their own space.”