Kevin and Karen Clifton keeeeeep dancing after their marriage split

Time to leave their personal past behind and move forward?

When fans thought the official announcement of Kevin and Karen Clifton’s relationship was also the end of their dancing partnership, there was panic all round.

But fans, fear not, because even though their personal life has split, their professional one grows stronger.

The pair have got so creative with plans for their latest tour, that they have even decided for the first time to include other dancers on the tour, and are in the process of auditioning if you fancy your chances!

They both added the same post on their Instagram accounts which said: “Attention Dancers! We are holding auditions for our tour. Looking for energetic dancers with star power.” 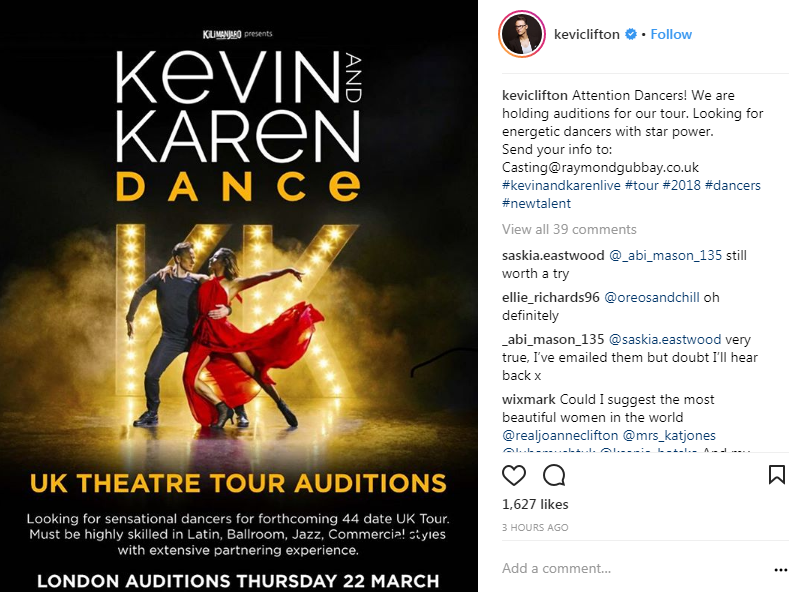 He said: “We wanted to let everyone know that privately we’re not together anymore, but professionally we are stronger than ever.

Dance has always been the thing… dance is how we came together and has been the glue that held us together for years now.”

“We’re still the best of friends, we’ve got a lot of love and respect for each other, I still pretty much see Karen every day.”

The pair went on to say that they owed it to their fans to let them know what was happening with their marriage because of all the rumours that had surrounded them.

Kevin said: “What we’ve found is, since we’ve been honest with each other about our relationship, it’s unlocked a new wealth of creativity.

We feel like we’re stronger than ever and taking our dance partnership and professional relationship to the next level now, which is why we’re so excited about this tour.”

“Heard your interview on the Chris Evans show with tears in my eyes and a heavy heart,” wrote one fan. While another said: “You guys are amazing.” 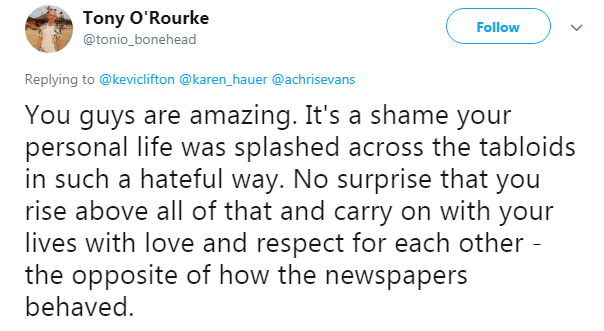 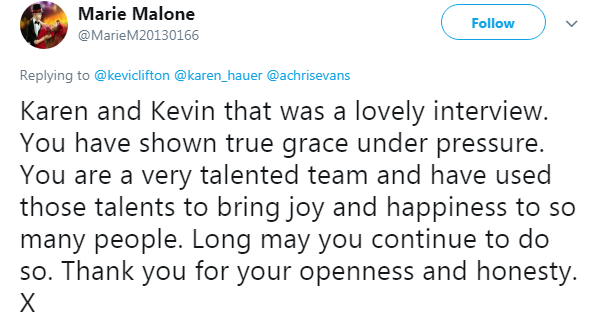 Now let’s hope their live show will be remembered for their incredible dancing and not their failed marriage.

What do you think about the Cliftons’ break-up? Let us know by commenting on our Facebook page @EntertainmentDailyFix!