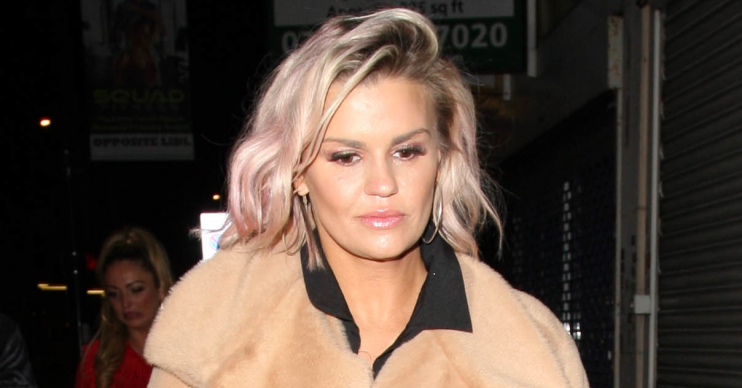 To show off how much weight she’s lost, Kerry Katona has shared a picture of herself wearing nothing but her underwear.

The former Atomic Kitten star, 39, has teamed up with SkinnyJab to advertise the company’s weight-loss injections, which she claims have helped her to lose two stone since August.

And as she posed as part of her latest endorsement, fans of the star were quick to heap praise on the mum-of-five for her “amazing” figure.

Earlier this week, Kerry was criticised for promoting SkinnyJab’s products, with This Morning’s medical expert Dr Zoe Williams claiming that the injections can cause “horrible side effects”.

Speaking about celebs who endorse the jabs, Dr Zoe said: “I personally think it’s really irresponsible and dangerous, because they’re making out you can lose magnificent amounts of weight using this drug, but the truth is you can’t.”

So wanna try these, you look fabulous.

However, Kerry seemed defiant as she addressed her 538,000 followers last night.

In her photo, she could be seen smiling as she showed off her slender figure.

Her caption included the words: “DON’T PASS JUDGEMENT till you have all facts. (sic)

She added: “Also please be careful from buying for [sic] other companies online!! Please Dm @skinnyjab for all info xxxx.”

Kerry’s fans reacted to the picture in their droves, heaping praise on the former singer.

One wrote: “Well whatever it is it’s working, best you’ve looked for a while!!!”

Another gushed: “OMG you look amazing!”

And a third follower commented: “So wanna try these, you look fabulous x.”

Earlier this week, Kerry defended her use of SkinnyJab’s products, insisting that they DO work.

She told the Manchester Evening News: “At the end of the day, I am a mother and a businesswoman, and I have to believe in what I’m selling.

“With everything you take, there’s going to always be side effects of some sort. Obviously, it might not be for everyone.”