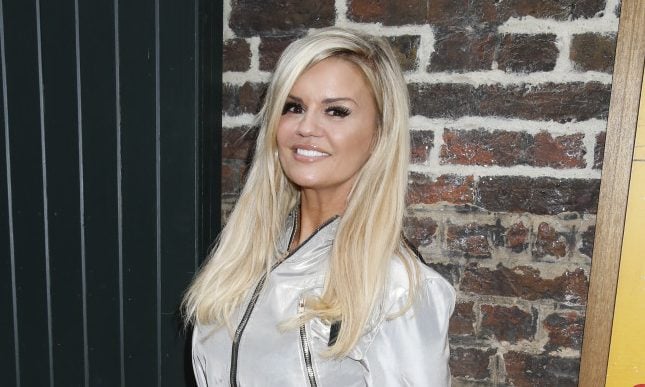 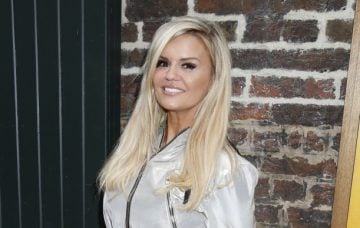 Matching coats for Kerry and DJ!

Kerry Katona enjoyed a night out with her children on Wednesday, attending a music launch party in London.

Kerry, 37, posed on the red carpet in a silver, zipped up waterproof coat and over the knee boots, before the family cheekily stuck their tongues out for the cameras.

Her youngest child, DJ, wore a matching silver coat, although her’s was trimmed with hot pink.

Missing from the red carpet snaps were Kerry’s eldest children Molly, 16, and Lilly-Sue, 15.

Once inside the venue, Kerry shared a string of snaps with her kids and the band, who were celebrating the release of their brand new single ‘Alive’.

She told fans: “I have to say total in awe of @unionjworld wow well done lads you were awesome!!!!”

While Molly and Lilly-Sue were abroad, Kerry enjoyed a weekend in Brighton with Ryan and the younger kids.

Kerry announced her new romance in July after telling fans on social media she was “officially taken”.

According to The Sun, Kerry met Ryan, who is a fitness expert and trainer who owns a gym, on dating app Bumble.

A source said: “Kerry is head over heels. Ryan is just what she needs. He’s very healthy and clean living and doesn’t have any baggage.”

Have you ever tried a dating app? Leave us a comment on our Facebook page @EntertainmentDailyFix and let us know what you think!