Kerry Katona has showed her support for her ex-husband Brian McFadden as he competed in last night's Dancing On Ice.

The star cheered on former Westlife singer Brian as he performed his latest routine with professional partner Alexandra Murphy.

Kerry, who has two children - daughters Molly, 17, and Lilly-Sue, 16, - with Brian, shared a photo to her Instagram Stories showing herself and her five kids at the show on Sunday evening. 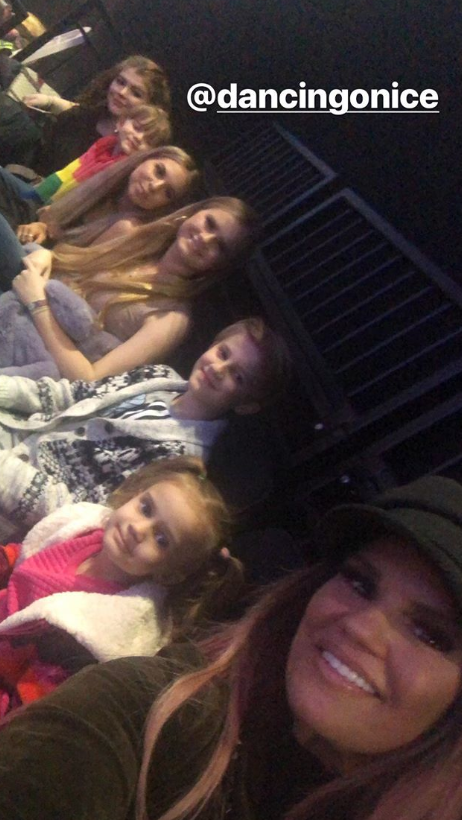 Kerry showed support for her ex Brian at the show (Credit: Instagram @kerrykatona7)

Read more: Kerry Katona lashes out at ex Brian McFadden after his remarks about marriage

The photo sees Kerry with Molly and Lilly-Sue as well as her other three children - daughter Heidi, 11, son Max, 10, and four-year-0ld Dylan-Jorge.

She simply captioned the photo: "@dancingonice."

Kerry then posted a video of the ice rink as she sat in the audience.

She then shared a clip of Lilly-Sue rushing over to her dad Brian to give him a huge hug as they all sang happy birthday to her. 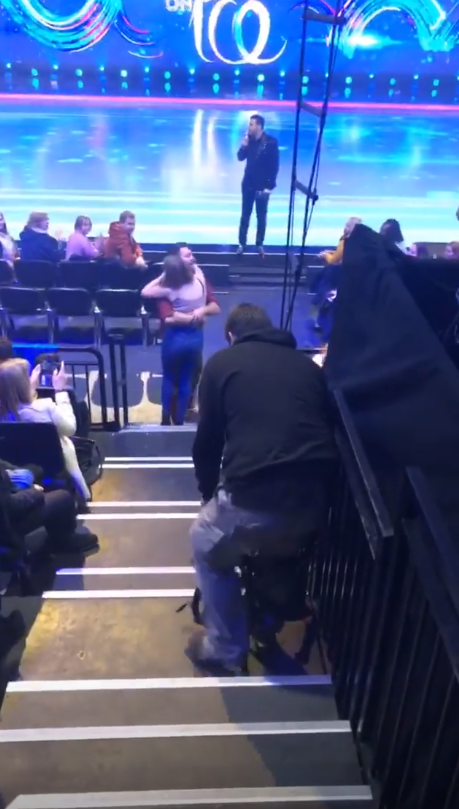 It comes after Kerry, 38, hit out at Brian over remarks he made on Loose Women about marriage.

Writing in her column for New! magazine, Kerry also claimed Brian cheated with a lap dancer which "broke us".

She said: "He can be a right [expletive], that ex-husband of mine. Brian went on Loose Women and said that marriage was ‘disposable’ and ‘just a party’.

"He has a girlfriend and has to be respectful, but it was a weird thing to say considering he was married to me."

He has a girlfriend and has to be respectful, but it was a weird thing to say considering he was married to me.

But Kerry said her and Brian's relationship was her "favourite marriage" and she's not going to let him "take that away from me".

She added: "Yes it was a great party, but he cheated on me with a lap dancer; that broke us. We were such an iconic couple at the time."

Earlier this month, Kerry took aim at Brian's ex-wife Vogue Williams - who split from the former Westlife singer in 2015 after tying the knot in 2012.

In an interview with Closer Magazine, Kerry was asked if she had tuned into Vogue's reality show - which follows her life with new husband Spencer Matthews and their four-month-old son Theodore.

And the mum-of-five admitted she would "love" to watch the show, but she "can't watch" it with her daughters Molly and Lilly-Sue because they "aren't keen" on Vogue.

Kerry also said she'd be tuning in to support Brian on Dancing On Ice and is hoping to take their daughters to see him in action with skating partner Alex.

She added: "I'm going to go and see the live show with the girls. I can't wait - I know he'll be really good. He did a lot of dancing when he was younger. I reckon he'll make the finals! It'll be fun to see."