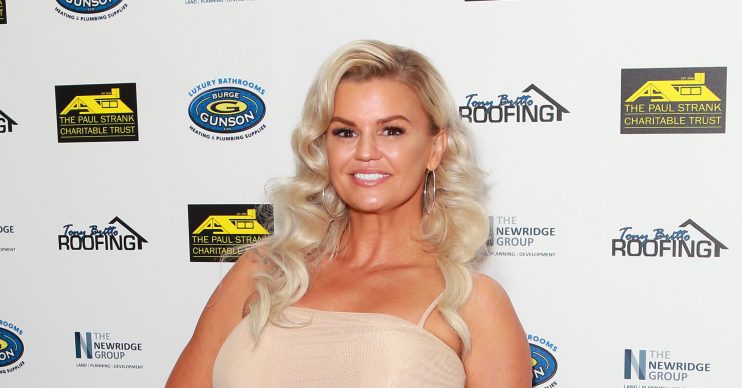 A tearful Kerry Katona has revealed that her daughters have had to miss the first day back at school after the Christmas holidays after their brother put superglue in their HAIR.

The panicked mum-of-five, 39, took to social media to share her story and also revealed that she was even considering taking her daughters, Heidi, 12,  and five-year-old Dylan-Jorge to her local A&E department to help get the glue out of their hair.

Former Atomic Kitten singer Kerry explained that her head was ‘in bits’ after ‘naughty’ son Max, 11, had put superglue in his sisters’ hair.

In a string of posts on her Instagram Stories in the early hours of this morning, Kerry said: “Can’t sleep!!! Head is on overdrive!!! Honestly my head is battered!!

“My poor girls and their hair!!! Really haven’t slept a wink!! Gonna take them to A&E I think just to be on the safe side!!”

The girls can’t go back to school because their naughty brother has put bloody super glue all in their hair!

In another post, Kerry said: “I’m in bits!!! I’ve literally got no voice. The girls can’t go back to school because their naughty brother has put bloody super glue all in their hair!!! Oh and it’s my day off!”

She then shared an image of her daughters with matted hair and said: “Omg, at last, I’ve got it all out!!! What a bloody nightmare!!!!

“The girls are gutted they missed their first day back to school!! I honestly thought I was gonna have to shave their heads at one point!!!”

She later posted a tearful video, telling followers that she had been trying to get glue out of the girls’ hair all day.

She also bemoaned the fact that she had lost her voice, her house was a ‘tip’ and she was trying to take down her Christmas decorations on her day off.

Kerry later shared a video of herself and DJ alongside the caption: “Does anyone know how to get baby oil out of hair?? They’ve both just had a bath and washed their hair but it’s still sooo greasy!!!”

She also revealed in another clip that she’s “grounded” her son Max “for the rest of his life” and she’s took his Xbox, his phone and his TV off him.

She said: “If [the glue] went into the girls’ eyes, they could have been blinded.”

Many of her 548,000 followers took to the site to offer her some support.

One said: “Take your time Kerry and hope you get better soon. Do it all tomorrow when the kids are in school.”

Finally, a third said: “Bless! Sit down have a brew or hot fresh lemon and honey and ginger and leave it for a while!”