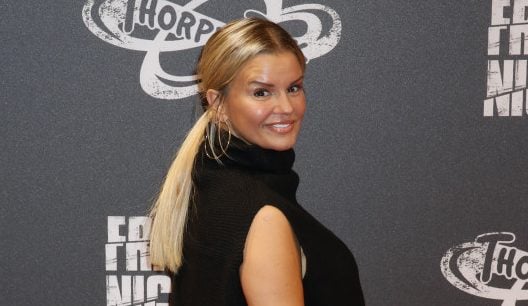 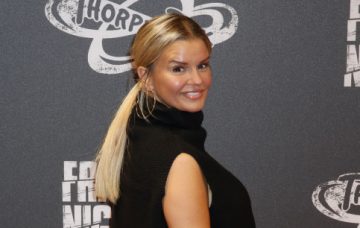 Kerry Katona has revealed she’s taking part in the next series of Celebs Go Dating.

The mum-of-five, who has been married three times, split from her toyboy lover Ryan Mahoney earlier this year after three months of dating.

But it seems she’s ready to get back in the game and has “turned to the experts” on the E4 reality show to help her find love.

Sharing the news on Instagram on Friday, Kerry shared a preview clip of herself on the show.

Sharing a clip of Kerry on the show, the show’s Twitter page wrote: “So our first new Celebrity Client has been unlucky in love but we are sure our Agents will make her feel….WHOLE AGAIN!

So our first new Celebrity Client has been unlucky in love but we are sure our Agents will make her feel….WHOLE AGAIN! (Sorry @robbeckettcomic we tried, we really really tried!) It’s @kerrykatona7 😍❤️#celebsgodating pic.twitter.com/IVxsTxqVC5

The new series will also mark the arrival of agent Anna Williamson, 37, who is a trained counsellor and relationship expert. She’s replacing Nadia Essex.

An insider told The Sun: “Bosses are really happy with the new line-up.

“Producers are pleased Celebs will be back on screen sooner than first expected – as stars of the series have already met and filming is set to begin as early as this week.

“The cast has just the perfect mix of those who’ve been looking for The One for years like Kerry – and those who still need to learn the ropes when it comes to women.”

Earlier this year, Kerry jokingly admitted she was on the lookout for husband number four.

She split from first husband, Westlife’s Brian McFadden, in 2006 after four years of marriage. They share daughters Molly, 17, and Lilly-Sue, 15.

The singer then moved on with third husband George Kay, and described splitting with last year as “like a death”.

She has four-year-old daughter Dylan-Jorge with George.

Will you be watching Kerry on Celebs Go Dating? Leave us a comment on our Facebook page @EntertainmentDailyFix and let us know what you think.