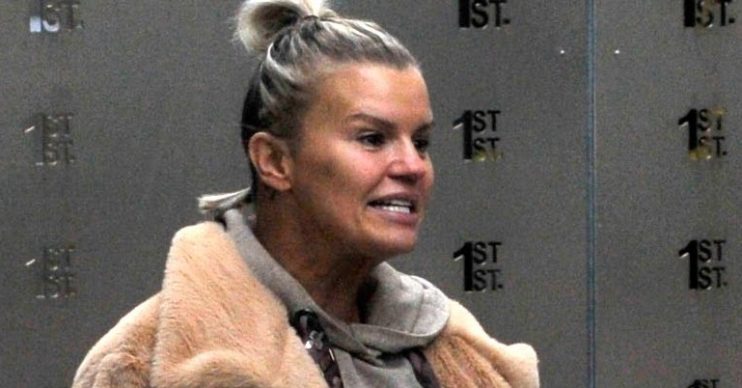 Such a calm and positive reply

Former Atomic Kitten Kerry Katona has confronted a body-shamer on social media for trying to ‘humiliate’ her with a rude comment about her figure.

The mum-of-five, 39, posted to thank a Brazilian plastic surgeon for her “new boobies” and joked: “I no longer have to tuck my nipples into my socks.”

She shared the message alongside a pic of herself in a bikini and while most fans chose to post kind messages in the comments, inevitably one sour follower had to ruin it.

The Instagram user wrote: “And a nice tummy tuck too…”

Kerry managed to remain calm and positive as she replied, despite the user’s best efforts – according to others who rushed to her defence – to “humiliate” the Whole Again singer.

She responded: “Yes, over three years ago he did a great job! But I went and put all the weight back on as I got lazy but worked hard getting it back off xx.”

Her followers spoke up too, with one demanding of the troll, “What was the point of that comment? Grow up” and another telling Kerry she’s “still beautiful”.

The detractor then lashed out: “It was an observation, that’s all, and wasn’t mentioned but quite obvious… as I have said it wasn’t a criticism, just an observation… get down off your high horse!”

But they were quickly shut down, with one of Kerry’s fans telling them: “Oh shut up with your passive aggressive comments. It was meant to humiliate her but it didn’t work because she called you out.”

No filter!!! Lumps and bumps, Stretchmarks and cellulite! I am on a journey a spiritual one and a fitness one! not forgetting @maurino_joffily for my new boobies I’m no longer tripping over my nipples

Kerry’s not afraid to show off her body on social media, having recently shared a number of pics from a lavish trip to Thailand with her kids and boyfriend Ryan Mahoney.

Only last week, she found herself having to share a brutally honest message for her 510k followers in which she called out all the negative commenters and online trolls.

She posted a series of bikini snaps and screenshots of some of the negative comments she’s received.

Read more: Kerry Katona claims she has spoken to late ex George Kay from ‘beyond the grave’

She followed it up with a heartfelt plea for the trolling and body shaming to stop.

Kerry revealed that the point of the post was to “name and shame” some of the offenders, writing: “People do not realise that others have gone as far as to take their own life over online trolling! Wake up people!! We need to stand together to make this stop!”