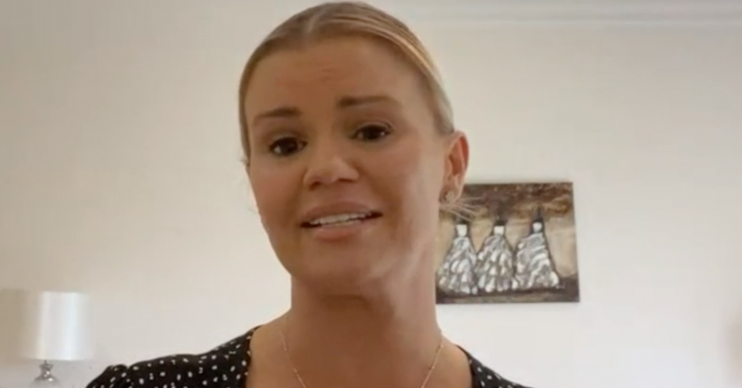 Singer Kerry Katona has opened up about ‘wanting to take her own life’ in the aftermath of an infamous TV appearance.

Appearing on Victoria Derbyshire on Friday (February 21), the mum-of-five shared the dark admission during a segment about the impact media coverage can have on mental health.

‘There were times I wanted to take my own life’@KerryKatona7 describes the mental health impact of intense media coveragehttps://t.co/4EwaV0AN8F

The BBC Action Line has support and info: https://t.co/1QbCH958fM pic.twitter.com/PDJrSxVlUK

Kerry, 39, said she was left feeling “like a prisoner in her own home” following a 2008 interview on This Morning in which her speech seemed to be slurred.

The former Atomic Kitten star was accused of being intoxicated for the chat with hosts Phillip Schofield and Fern Britton.

Read more: Caroline Flack told ex Danny Cipriani she ‘had to plead guilty’ in final text to him

However, Kerry insisted her erratic behaviour was due to medication she was taking for her bipolar condition.

Nonetheless, Kerry – who was brought to tears earlier this week on Sky News as she discussed the death of Caroline Flack – noted during this morning’s televised chat via video link that “no one knew” about her mental health battles either.

No one knew I had bipolar at that point.

Kerry said: “I wanted take my own life, especially after the This Morning incident eleven years ago with Philip and Fern when they thought I was drunk.”

She continued: “It was down to my bipolar medication and no one knew I had bipolar at that point.”

On Tuesday, an emotional Kerry said she didn’t do “enough” to prevent late star Caroline from passing away.

She said she felt like she should’ve done more to “help” the Love Island host when she reached out to Kerry last year after being charged with assaulting boyfriend Lewis Burton.

Speaking to Sky News, Kerry said: “This is what really upsets me because I know how it feels, to feel that low.

“And when someone reaches out to you like that and I felt like I’ve not helped her enough.

“Because of idiotic people on social media trying to get more followers I don’t think they understand the impact it has on somebody’s mental health.

“It’s so so wrong on so many levels.”

It was claimed she died just hours after learning the Crown Prosecution Service would be pursuing her assault trial for allegedly assaulting her boyfriend, Lewis Burton, in December of last year.

The 40-year-old was due to stand trial on March 4 after pleading not guilty to the charges.