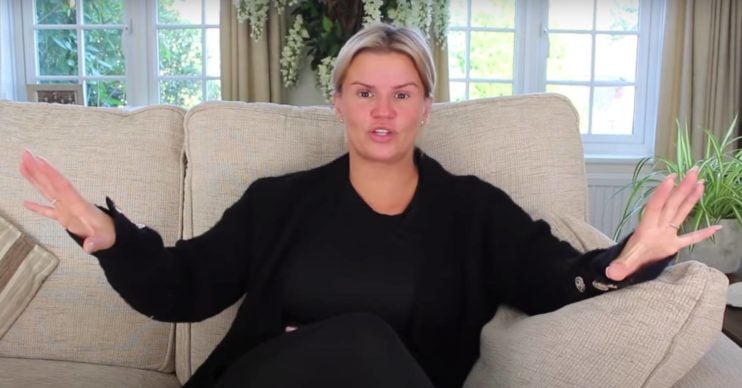 She's been suffering and in 'agony'

Kerry Katona has told fans of her relief as she gave them a health update on Instagram.

Former Atomic Kitten singer Kerry told followers earlier today (May 1) she’s been in “agony” with her back.

But the 40 year old can now see the light at the end of the tunnel as it seems she is booked in to have her breasts reduced.

What did Kerry Katona say to fans?

Captioning an eye-popping shot of her cleavage, Kerry followed up on recent speculation by announcing she intends to have a breast op.

Last week she hinted that “new boobies” were on the agenda following an emergency hospital dash over the weekend.

Tagging in a doctor, she wrote: “Getting these bad boys reduced! Thank God for @maurino_joffily, they’re bigger then my head! New house, new boobs!

“You women know how it feels, my bloody back is in agony! So @maurino_joffily is gonna make them smaller.”

How did Kerry’s followers react?

Followers flocked to comment on Kerry’s update – with celebrity pals among those to give their best wishes.

My back is in agony.

“Welcome to the club, darling girl,” Ulrika Jonsson wrote in the comments section.

While several male commenters expressed their disappointment in Kerry’s decision, others made lighthearted remarks about Kerry’s eye-popping pic.

“Jeez they nearly knocked my eyes out,” chuckled one observer.

And another person, referencing the EastEnders baldies, added: “Looks like Phil and Grant Mitchell you’ve got on your chest, gal.”

Kerry’s mum Sue also had a bit of a titter, adding three laughing emojis to her post: “Aww Kez they really look mahooosive.”

It is believed Dr Joffily was the medic who worked on Kerry’s most recent procedure.

She noted on social media at the time how pleased she was with the results.

Kerry explained: “I have just had an uplift with a reduction and an implant put in so that my boobies are no longer dragging on the floor!”