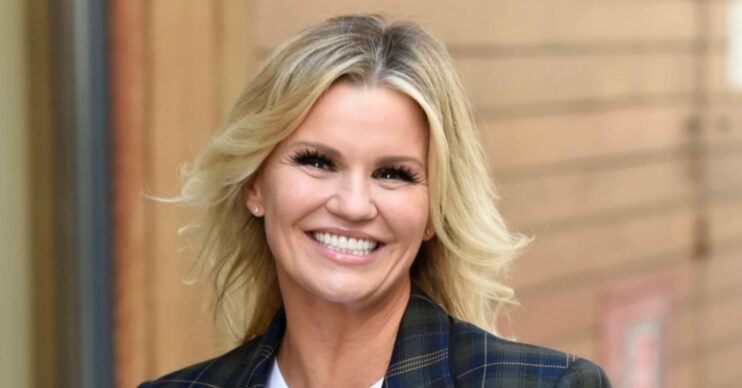 The 14-year-old has been struggling with classmates

Kerry Katona has revealed her plans to take her daughter out of school due to her being bullied.

The 40-year-old has spoken about the difficult decision to remove her 14-year-old daughter from school after experiencing “loads more [bleep] at school from some horrible boy”.

The experience led Kerry to make the decision to take Heidi out of school as she said in her OK! Magazine column: “I’ve decided I’m definitely taking her out of that school.

“Your schooldays are so important and it’s about investing in your future.”

Kerry and Heidi have been sharing some quality time together, getting their nails done and enjoying a rare day off.

Meanwhile, her other daughter Lilly has been battling Covid symptoms and is currently trying to recover.

In her column for OK! magazine, Kerry also wrote: “Unfortunately our Lilly has now tested positive for Covid. She’s not feeling very well at all, bless her. Hopefully she’ll be on the mend soon.”

Earlier this year, she revealed that 18-year-old Lilly had turned down the opportunity to appear on this year’s Love Island.

How many children does Kerry Katona have?

The star recently had to postpone getting married for the fourth time due to lockdown restrictions.

She had due to marry fiancé Ryan Mahoney, 32, in Las Vegas this summer, but now hope to get married next year instead.

Read more: Kerry Katona reveals she is delaying getting married for the fourth time

How many times has Kerry been married?

The former Atomic Kitten singer has been married three times before.

Her first marriage to Westlife singer Brian McFadden ended in 2006 after four years.

Meanwhile, she was married to George Kay before the couple split in 2017 after three years. George sadly passed away in July 2019.

What do you think of  Kerry Katona’s daughter being removed from school? Leave us a comment on our Facebook page @EntertainmentDailyFix.