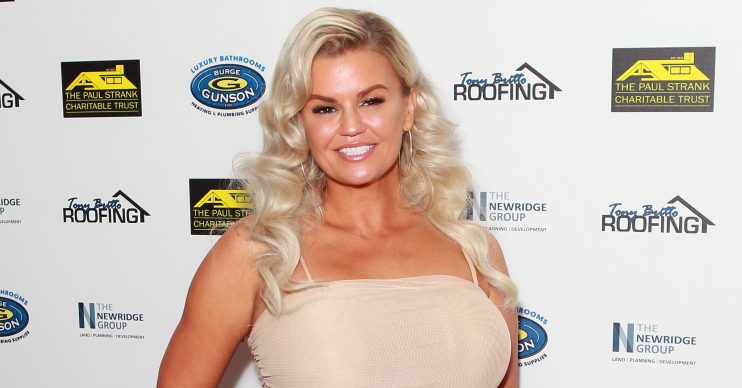 The 39-year-old star wasn’t impressed when the former Westlife singer quipped he wouldn’t be having their daughters, Molly, 18, and 16-year-old Lilly-Sue as bridesmaids at his upcoming wedding to Danielle Parkinson because they are “probably sick” of performing the role for their mother.

After her marriage to Brian, Kerry ended went on to wed Mark Croft and the late George Kay – and her partners.

Kerry also pointed out that Brian’s upcoming wedding will be his third marriage as he was also previously hitched to Vogue Williams, and he also got engaged to Delta Goodrem after their own union ended.

I didn’t take much notice of reports my ex Brian had a dig at me about the number of weddings I’ve had.

She told new! magazine: “I didn’t take much notice of reports my ex Brian had a dig at me about the number of weddings I’ve had. That’s just Brian for you – trying to be funny but being a bit of a [bleep] in the process.”

Look how beautiful my fiancé is!!!!!!! @daniparky

She continued: “He said that our daughters have ‘been bridesmaids for their mother about five times already so they’re probably sick of it’, and added, ‘They must be thinking, Not another [expletive] wedding.’

“Er, you’re on your third one now love – we’re equal. And for the record, Brian’s been engaged more times than I have.”

She added: “But I’m not bothered – he’s right, the girls probably are sick of weddings. Molly’s been to all of mine. But I’ve no doubt they’ll support their dad 100 per cent when he walks down the aisle again.”

Last week, Kerry sent her best wishes to Brian and his new fiancée.

She said on Twitter: “Huge congrats to my ex-hubby Brian McFadden on his engagement to Danielle Parkinson. He’s on par with me for weddings now!

“I texted Danielle as soon as I heard, wishing them both lots of love and happiness.”