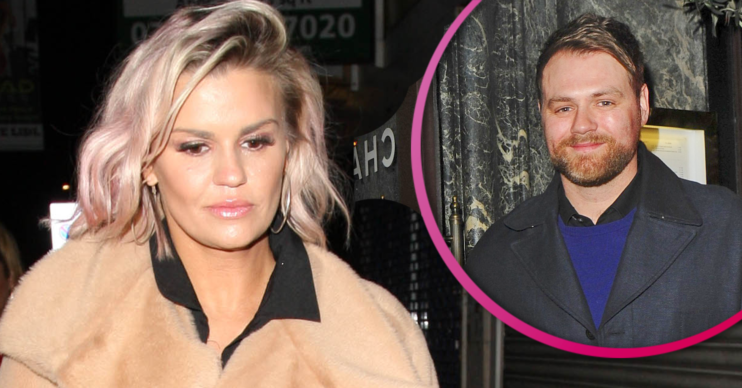 She hit back at criticism of her ex

Kerry Katona has slammed Vogue Williams after the Irish model and radio host said that thinking about her marriage to ex-husband Brian McFadden made her a little sick in her mouth.

The former Atomic Kitten singer and mum-of-five Kerry, 39, bit back saying that if “Vogue hadn’t met Brian, no one would know who she is today”.

She addressed Vogue’s comments in her New magazine column and didn’t hold back.

“Vogue Williams says thinking about her marriage to Brian McFadden makes her ‘a little bit sick in the mouth’.

“I mean, I have children with the man, so I’d never slag him off like that – and her saying that did make me feel a bit sad for my girls.”

She continued: “If Vogue hadn’t met Brian, no one would know who she is today.

“Some respect for Brian, please. He’s not my best mate, but I don’t think she should have said that.”

When were Brian McFadden and Vogue Williams married?

The model made her cutting remarks during her podcast, which she hosts with her current husband, former Made In Chelsea star Spencer Matthews.

The couple were talking about their past relationships.

Spencer described how every time he opens their safe he sees his wife’s former marriage certificate in there.

“Sometimes I forget it ever happened. Let’s bin that one.”

She then added: “It makes me a little bit sick in my mouth.”

Well what can we say…. apart from the biggest thank you to @cave_jc and Tina for going above and beyond for my family and I even more for mine and Ryan’s grown up time… I have a feeling we will be seeing you guys a lot ❤️ Once again thank you both so much and all the amazing staff @cavecanterbury we’ve loved it but it’s time to go back to reality ❤️❤️❤️❤️❤️❤️❤️❤️❤️❤️❤️❤️❤️

Aside from sticking up for her ex, Kerry has had reason to celebrate.

She revealed that Ryan Mahoney got down on one knee and asked her to marry to him.

Read more: Kerry Katona tells fans to ‘be their own heroes’ as she ‘takes over her own career’

Kerry met the personal trainer on dating app Bumble and, after one little bump in the road a few months in, seems happier than ever.

This will be her fourth marriage, having previously been wed to Brian McFadden, Mark Croft and George Kay.