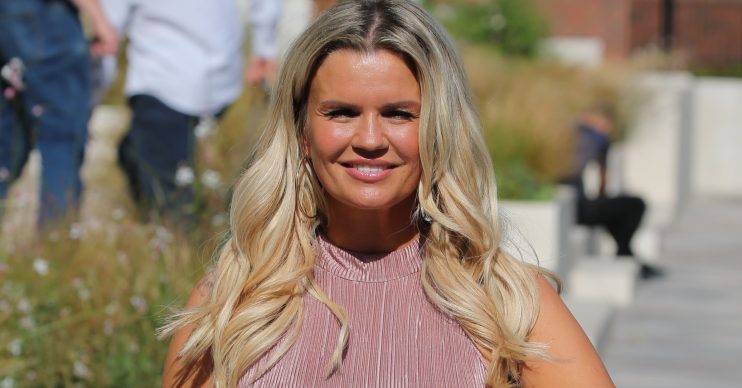 Kerry Katona thinks she should have had marriage counselling with her ex-husbands.

The former Atomic Kitten singer has had “a lot of therapy” on her own but she feels she should have pushed her former partners into working their relationships with her with a professional, even though her third husband George Kay wasn’t really interested in doing the sessions, whilst her second spouse Mark Croft was a “lost cause”.

Read More: Kerry Katona jokes about ‘peeing’ on her sofa after revealing how grimy it is

Writing in her column for New! magazine, she said: “I’ve had a lot of therapy on my own, but I should have had more marriage counselling, clearly!

“I tried to push my third husband George Kay to do it, but after one short session he wouldn’t go for it.

And the second, Mark Croft … well he was a lost cause from the start.”

The 38-year-old star also suggested counselling to her first hubby Brian McFadden but it was “too late” as the singer was already “in love” with someone else.

Read More: Kerry Katona says she ‘should be dead’ after near-death seizures during cocaine addiction

She said: “I asked Brian McFadden to have it too, but it was too late for us. Brian was too selfish and he fell in love with someone else, and when that happens you know it’s never going to work.

“But it’s fine. I’m in a good place now and that’s all that matters.”

Kerry previously branded all her former partners a “bunch of [bleeps]” but says she’s “grateful” for all the relationships because they’ve made her the person she is today and provided her with her five “gorgeous” children.

She said: “I’m grateful because it’s made me the woman I am today. Yes, the men are a bunch of [bleeps], but they’ve given me each one of those gorgeous children.

“And they were all cooked in the same oven!”

Kerry has Molly, 17, and Lilly-Sue, 16, with former Westlife singer Brian, Heidi, 12, and Max, 11, with Mark and four-year-old Dylan-Jorge with George.