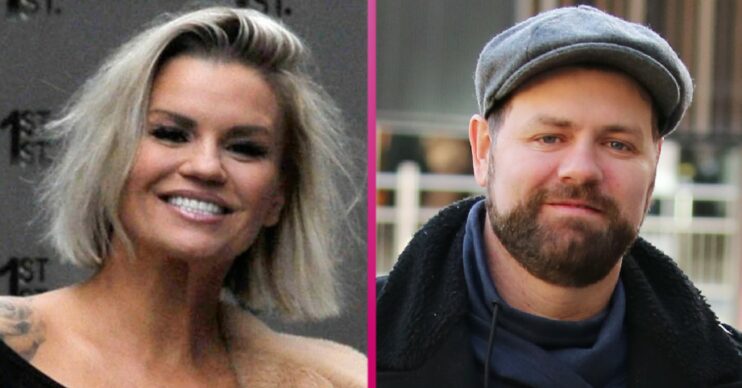 The couple welcomed their first child together last month

Kerry Katona showered Brian McFadden and his fiancée Danielle Parkinson with gifts for their baby daughter.

Speaking to OK! magazine, Dani explained: “She sent us some clothes quite a way into my pregnancy, once we knew everything was okay.

“She’s also sent us some lovely messages and said how happy she is for us and been really lovely.”

Meanwhile, Kerry, 40, also reached out to the pair after Ruby’s birth.

She sent us some clothes quite a way into my pregnancy

It came after Irish magazine, RSVP, posted a snap on their official Instagram sharing the news.

In the comments, Kerry then posted a series of heart emojis.

As well as his new addition, Brian, 41, and Kerry share two daughters together, Molly, 19 and Lilly-Sue, 18.

When did Brian and Danielle welcome their daughter?

Announcing the news, the former Westlife star shared a black and white snap of his fiancée pushing a pram.

Alongside the photo, he penned: “Mammy, Daddy and baby out for our first walk together. It’s been the best week of our life @daniparky.”

The couple had been trying for two years to get pregnant naturally.

However, Danielle suffered two miscarriages during this time.

They went down the IVF route, and successfully became pregnant with their daughter.

Danielle opened up about her IVF journey in a previous interview with OK! magazine.

She said: “It does (feel like a miracle) but I feel awful saying that, as I’ve had so many messages on Instagram.

“The IVF community is so lovely and I’ve heard real traumatic stories from people who have been trying for 10 years, people who have had eight-plus miscarriages, so I feel we got lucky on our third attempt.”

Meanwhile, the couple first shared their baby joy back in January.