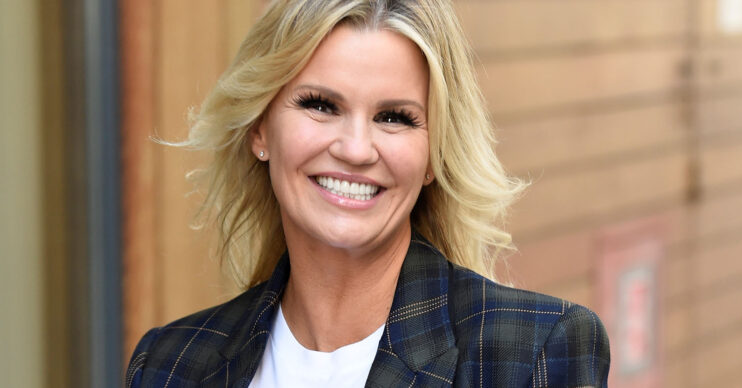 Fans can't get enough of her size three feet!

Kerry Katona has revealed that she’s made £1 million on OnlyFans.

The former Atomic Kitten star, 40, says she’s raking in tens of thousands a month from the adults only subscription site.

And the mum-of-five is apparently particularly popular with foot fetish fans as she has dainty size three feet that she shows off in full to her subscribers.

Despite declaring bankruptcy in 2008, Kerry says she’s rebuilt her fortune thanks to the racy platform.

Speaking to the Daily Mirror Kerry explained how her OnlyFans earnings skyrocketed during the pandemic.

And she’s proud of the profits she’s earned for herself and her family.

What has Kerry Katona said about OnlyFans?

Kerry said: “People are quick to say, ‘she’s desperate’ if I get out a bit of nipple, but I’ve made my first million since bankruptcy and I’m so, so proud.

“If it wasn’t for OnlyFans I wouldn’t have had money to invest in myself and in making more companies.”

Kerry says she has great rapport with her fan base. Some are Atomic Kitten fans, while others say they find her drug recovery story relatable and inspiring.

What’s more, many of her fans are fixated on her tiny size three feet.

She said: “I’ve had loads of requests for foot selfies from people with foot fetishes.”

Where is Kerry living now?

Recently Kerry moved into a £1.9 million Cheshire mansion with her fiancé Ryan Mahoney and her kids.

Although she’s renting it at the moment, she hopes to buy the property in January once she’s got a mortgage sorted out.

What’s more, back in June she fiercely defended her OnlyFans page on Good Morning Britain.

She hit back against Real Housewives of Jersey star, Tessa Hartmann’s criticisms.

Tessa said she thought padded bikinis were fine for young girls to wear, whereas Kerry said she felt they were sexualising children.

After Tessa pointed out that Kerry does OnlyFans, the singer retorted: “First of all, sorry to interrupt, OnlyFans is over-18. No one is actually putting that to a nine-year-old child.

“And second of all, when I go on holiday to a resort with my children and there is a bunch of strangers there, I am not going to put my nine-year-old child in a padded bikini bra which is sexualising them, not knowing who is stood there watching them.

“For me, that is almost like dangling a carrot in front of a paedophile.”

And believe it or not Kerry Katona’s OnlyFans subscription numbers only soared further after the heated debate!