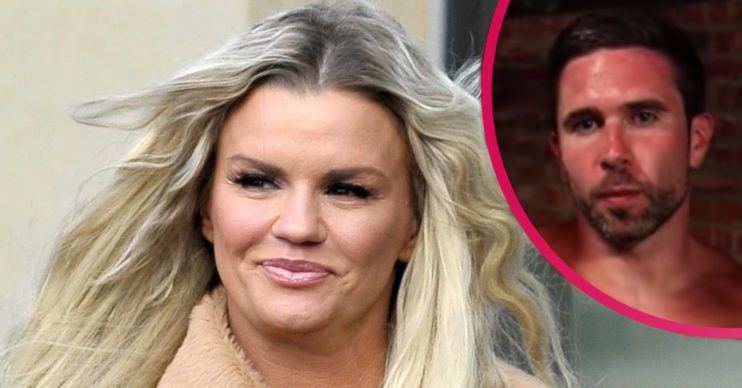 However, Kerry says she is open to surrogacy in the future

Kerry Katona has said she is in ‘no rush’ to have children with fiancé Ryan Mahoney.

However, they hinted that they could be getting married soon and in low-key style.

The mum-of-five, 40, revealed all in a magazine interview.

When did Ryan Mahoney and Kerry Katona get engaged?

But she pointed out that she nearly died giving birth to her last child, Dylan-Jorge.

Therefore, she is cautious about the idea of a sixth child.

Despite her fears, she said she is open to surrogacy.

Speaking to new! magazine, Kerry said: “I think it’d be really selfish when I have five amazing [children], to get pregnant again knowing how I almost died in labour last time.

“Why put myself through that when I could go through surrogacy?”

Ryan, 32, said he isn’t a big fan of large weddings. And he would prefer a low-key shindig in Las Vegas.

The personal trainer said: “I always knew if I was going to do it, I’d want to hop on a plane and do it in Vegas in a chilled-out way.”

Ryan proposed to Kerry during their luxury Granada getaway.

He got down on one knee as she rang in her 40th birthday.

Stunned, Kerry broke down in tears and fell to her knees herself.

Presenting her with a reported huge massive two carat ring, she said yes.

Ryan said he asked each of her children in advance for their blessing prior to asking the big question.

The couple stayed at a £15 million villa for the special occasion along with all five of Kerry’s children.

A couple for two years, they met on the dating app Bumble.

As for Kerry’s traumatic birth to her youngest child, DJ, she opened up about her experience on a recent YouTube video.

She said her pregnancy was easy, but then her newborn suddenly stopped breathing:

She said: “Best pregnancy I ever had, labour, she shot out and then I held her and was like, something’s not right.

“I gave her to George because I didn’t want the responsibility.

“George went, she’s not breathing. The woman pressed the button and a crash team came in and took her to the other side.

Kerry underwent an emergency operation and DJ luckily made a miraculous recovery.

She went on to again discuss the idea of surrogacy in her future:

“If I was to have a baby with Ryan, I think I’d go surrogacy. I’ve had five kids. My mum went, Kerry, ‘that’s your body telling you enough’s enough’.”