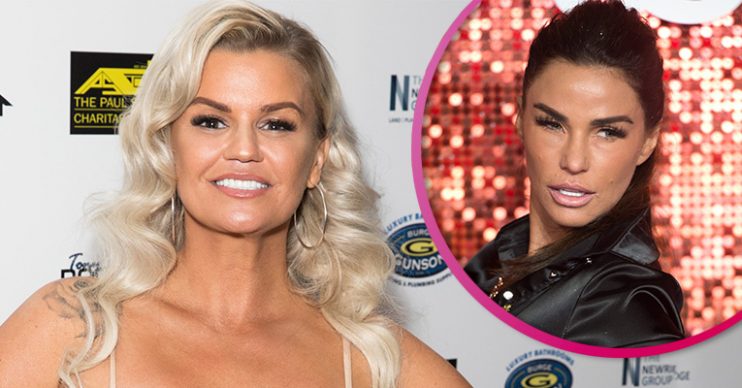 And she reckons it'd get to number one!

She celebrated her September birthday with Katie Price after patching up their differences.

And now Kerry Katona has revealed that she wants to take their friendship one step further and record a song together.

Katie, who also has five kids, has tried to set the charts alight on numerous occasions.

Back in 2005, she attempted to represent the UK at the Eurovision Song Contest, although her song Not Just Anyone failed to make the cut.

She’s also released dance singles that have failed to make a dent in the charts.

Now, however, Katie has revealed she’s set to release a track with X Factor winner Sam Bailey – and Kerry wants in.

Kerry told New!: “For a brief second I thought about joining the fun, maybe recreating the glory days being in a girl band, but let’s face it, I’m not worthy of humming in front of Sam!”

She added: “And can you imagine the criticism we’d get if me and Katie did a single together? Dear God.”

However, clearly still tempted to join Katie and Sam in their mission for chart success, Kerry thinks the song could be a hit.

She said: “Mind you, it’d have number one written all over it, wouldn’t it?”

Katie recently shared video clips of herself and Sam in a recording studio.

She said she was “so excited” about the track.

Kerry recently shared a selfie of herself and Sam on a night out, so perhaps she was trying to persuade the singer to let her feature on the tune!