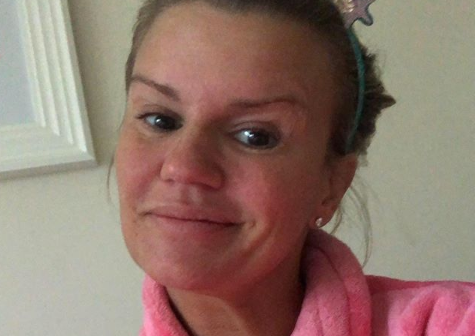 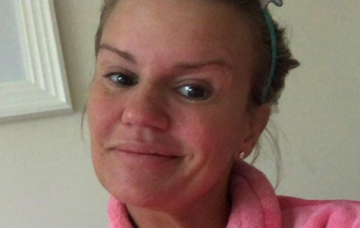 Fans offer their support as Kerry reaches out

The 38-year-old shared how low she is feeling with her 340,000 Instagram followers earlier this afternoon in a snap showing her with a hesitant smile nowhere near as wide as the grinning selfies she usually posts on social media.

Also appearing in the pic without make up, Kerry revealed things have been getting on top of her.

She typed: “Not gonna lie… struggling to adapt back to reality after panto!

Read more: Sir Tom Jones gobsmacked when son of famous pal turns up on The Voice

“My hoover is broke, my heating isn’t working and can’t find my mojo!”

Bravely facing up to the source of her unhappiness, the ex Atomic Kitten star continued: “Mental health is a [bleep]!”

Kerry had been playing a Wicked Sister alongside Heartbeart star Tricia Penrose in a production of Cinderella in Northwich, Cheshire.

And although there were reportedly plenty of seats left vacant for the first night at the Northwich Memorial Court Theatre, Kerry threw herself into the show and clearly loved getting dressed up in OTT costumes for the family show.

Other images on her social media account show her wearing a variety of wigs – including neon pink and bright orange hairpieces – and her youngest daughter DJ backstage with castmates.

DJ even made it on stage herself during a performance on New Year’s Eve which Kerry somehow managed to record on her phone while she appeared to be in panto mode herself.

Proving she had no fear in front of a live audience, DJ told Buttons and Widow Twanky she had received a bouncy castle for Christmas before showing the crowd her best bouncing up and down.

Fans were quick to offer her mum – who has been open about her previous problems with depression – supportive remarks on Instagram.

“C’mon Kerry you’re such an inspiration to many. Take one day at a time,” advised another.

And a third said, encouragingly: “Day by day babe, you can do it.”

More power to you Kerry!