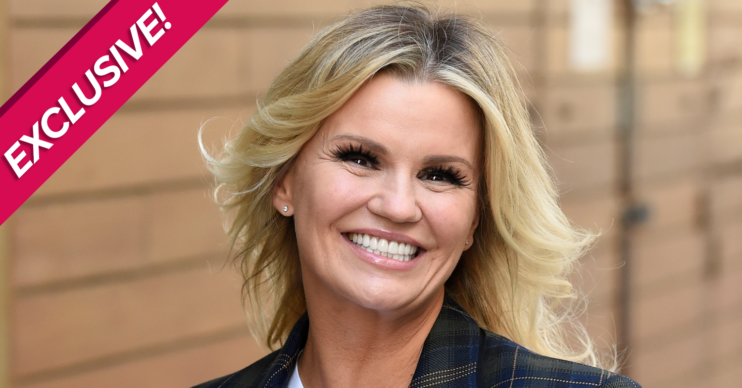 Kerry Katona on George Kay: Star turned things around after ‘getting rid of last negative person’ in her life

Kerry Katona has revealed there were times she wanted to end her own life during her marriage to George Kay.

Speaking exclusively to Entertainment Daily, Kerry admitted she’s proud of turning her life around and said that George was the “last negative person” she needed to get out of her life.

Kerry and George were married from 2014 till 2017 and shared daughter DJ.

What did Kerry Katona say about George Kay?

Kerry was speaking about her team up with video message platform Thrillz and how she’s turned her life around from being in such a dark place.

As Kerry fans will know, she battled drink and drug addiction and was declared bankrupt.

However, now she’s turned things around and is busy building a business empire.

So did she ever think, back in those dark days, that she’d be able to turn things around?

“There were times when I did want to end my life. When my husband George was alive, I was very much controlled, I didn’t know how to get out of it.

“It took me to the age of 36 to start believing in myself. Up till then it always mattered what other people thought of me.

“It was only then when I started self love and working on myself that your opinion of me does not matter,” she said.

Kerry Katona embarked on journey of ‘self love’ after George

Now Kerry is loved up with fiancé Ryan Mahoney, and she said he “massively influenced” her fight back.

However, she added: “But before Ryan I was already on this journey of self love.

Read more: Kerry Katona admits she was suicidal after 2008 This Morning interview

“I had a vision board with Katona’s Boutique, a six-bedroom house, a Range Rover, a business book, a clear bill of health, I also had I am a non-smoker, I’m a multi-millionaire, I’m an international speaker. And all these things started happening.

“My diary has been literally non-stop. I’ve had to put the work in and for me it was also getting rid of the negative people in my life. And George unfortunately was the last of them.

“I just focused on me and started working on myself.”

Someone else who’s been doing the same is Kerry’s pal Katie Price, who was recently the victim of a shocking assault at her home.

Like Kerry, Katie is also on Thrillz, and has many irons in the business fire – so is she someone Kerry looks up to when it comes to business?

“I wouldn’t say Katie is someone I look up to in business,” Kerry said.

“Then I went bankrupt and she went into bankruptcy, but we’ve always been there for each other.

“I think any woman who takes control of their own life and builds any kind of empire for themselves is amazing, as is Kate.”

Kerry’s a shining example to her kids

So is it an important message to send to her five kids that, no matter how low you go, you can always pick yourself back up?

“I think in society we get embarrassed and ashamed to talk about bankruptcy and money. My first bankruptcy I was like how the hell am I going to pay for these kids?

“I never got maintenance money from Brian McFadden or anything like that, I was doing it all by myself.

“There’s that shame and embarrassment of you had it all and you lost it all and people were thrilled to see me doing so badly because that’s the society we lived in.

“For me it’s about letting everybody know no matter how low you get in life, don’t give up, you might think there’s nothing there worth fighting for or you can’t see a way out but something will turn up if you keep believing.”

“You have to be your own cheerleader. As egotistical as that sounds, if you’re not going to cheer for yourself no one else will. Be your own hero.”

Thrilled to be investing in herself

And that’s just what she’s doing, launching her own boutique, buying her six-bedroom house and investing in Thrillz.

“I was on loads of platforms, then I started doing Thrillz and I started talking to the team and they have a real personal touch,” Kerry admitted.

“They go above and beyond for their clients. Always trying to come up with a new idea to give someone that once in a lifetime experience.

“It’s about the memories. That’s what I try to do with my children. No one sends birthday cards any more, get on Thrillz,” she added.

Thrillz founder and CEO Anjan Luthra added: “We are absolutely delighted to welcome Kerry as an investor in Thrillz.

“Nobody better embodies our values of excellence, hard work and fun.

“We look forward to working together building the world’s leading celebrity engagement platform.”