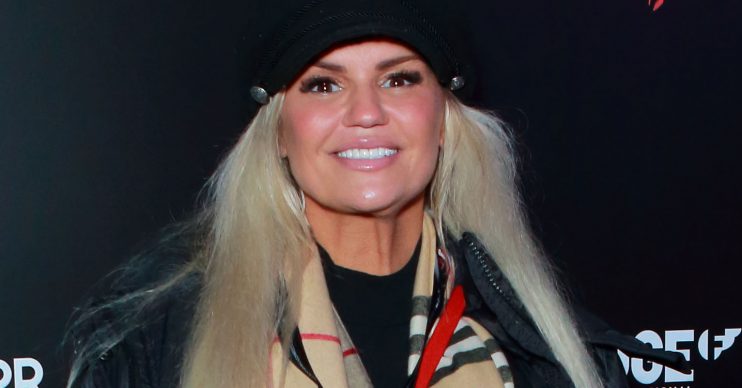 The star has hit out at the group

Singer Kerry Katona has updated her Instagram followers on the latest in her ongoing spat with fathers’ rights group Fathers4Justice and admitted she’s hit “a bit of a low”.

The former Atomic Kitten star, 39, has previously said that presenter Caroline Flack had told her she’d received messages from the group weeks before her tragic suicide, aged 40.

Posting a make-up free selfie, Kerry captioned the picture: “Hit a bit of a low! Need to stop reading this [bleep] that F4J are writing!

“I really want to help bring these bullies down but not sure what it’s doing to my own mental health. I feel like I’m just hitting a brick wall as nothing seems to be [getting] done!

………., hit a bit of a low! Need to stop reading this shit that F4J are writing! I really want to help bring these bullies down but not sure what it’s doing to my own mental health I feel like I’m just hitting a brick wall as nothing seems to be doing done! I really can’t understand why they still have a page or how their even allowed to give advice to anyone!!!

“I really can’t understand why they still have a page or how they’re even allowed to give advice to anyone!”

Luckily, many of Kerry’s fans rushed to share their support, with several advising her to simply ignore the group’s online presence.

One wrote: “Don’t give him the airtime or press. More you write, the more air to breathe you give him.”

A second user urged: “Have a break off social, Kerry, for your own good. Bullies will always be bullies, it’s always gonna be there, unfortunately.”

And a third user advised: “You must concentrate on you… all you’re doing is giving them air time, they don’t deserve your time or energy…”

Kerry had previously shared an image that appeared to show direct messages from Caroline regarding Fathers4Justice a week after she was charged with assaulting her boyfriend, Lewis Burton – something the pair denied.

In the screenshot, Caroline asked her, “How did you deal with fathers for justice?” before adding, “They are horrible x”.

She told the news television channel: “In regards to the messages I shared, I don’t know if I did the right thing by putting those messages up on social media.

I’m not sure I’m doing the right thing here printing a private Conversation between myself @carolineflack but I really want to show the effects that people like Matt O C @f4jofficial have had on women like myself and @carolineflack and many more people need to see what he’s done! I’m not saying he’s completely to blame as I know they are many factors to Caroline death I’m dam sure he didn’t help towards it!!!! Honestly I really did try to help!!! The way the press and sickos like this play with our mental health is so wrong!!!! They just go off what they are reading in the papers or only hearing one side of a story! To Caroline’s family I’m sending you all my love, strength and light to you!! Please let’s stand together knock out the stigma of mental health and stop bullying!!!! We are not all strong! 🙏🙏🙏🙏🙏🙏❤️❤️❤️ my head is gone!!! In bits! Every time I read these I can’t stop crying!!! Please please help the stigma with mental health don’t ever feel alone ❤️😘🙏 I really hope I haven’t offended anybody by printing these! Don’t want her death to be in vain… something needs to be done! I know I’m gonna get trolled over these but honestly I feel so strong about this I too lost all my tv deals my iceland contracts my OK mag I know how it feels! Many many times I’ve wanted to take my own life! The last time was when my husband died and @f4justice was just saying and printing the most horrendous things!! If it wasn’t for the love of my children it honestly scares me where I would be now! I’m so sorry if I’ve offended anyone with these messages but I will not be silenced 😢🙏 @skynews please do something!!!

“Her death cannot be in vain and we have to stand together and show people what it is like for people like me and Caroline in this industry where you make a mistake and you aren’t even allowed to make a mistake in privacy.

“I know how it feels when you lose all your contracts and everybody turns against you it is horrid and the fact she reached out to me was because fathers for justice were doing to her the same they did to me.”

The organisation had previously targeted Kerry after the death of her ex, George Kay, while it labelled Caroline Flack a “domestic abuser” on social media.

Samaritans (116 123) operates a 24-hour service available every day of the year. If you prefer to write down how you’re feeling, or if you’re worried about being overheard on the phone, you can email Samaritans at jo@samaritans.org.