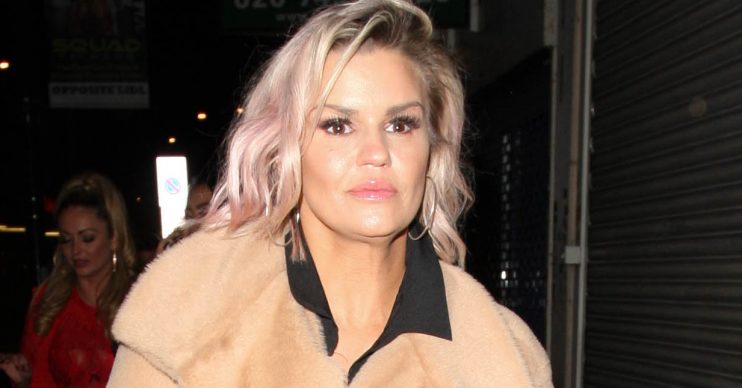 She felt "much better" after attending

Former Atomic Kitten Kerry Katona appears to have found God with an international Christian church that counts Justin Bieber and other stars among its membership.

The mum of five, 38, has openly talked about her faith in a number of recent Instagram posts.

Over the weekend, she wished her followers a “blessed Sunday” and told them she was off to church with her youngest daughter, Dylan-Jorge.

Another post she shared read: “God says: Stay patient. My timing is perfect. I have something bigger planned for you, and trust me, you’re going to love it.”

One of her other Instagram posts included a quote that talked about God helping her through hardships.

It read: “I’m a strong woman. Everything that’s hit me in my life, I’ve dealt with on my own. I’ve cried myself to sleep. I’ve picked myself back up and wiped my tears. I have grown from things that were meant to break me. I get stronger by the day and I have God to thank for that.”

Kerry recently confirmed that she has been attending church since the tragic death of her ex husband, George Kay, last month.

Writing in her New magazine column, she revealed that it was her daughter with former Westlife singer Brian McFadden, 17-year-old Molly, who inspired her to find her faith.

Kerry said she found it really “difficult” when Molly recently went to Dublin as the teenager had been a huge source of “emotional support”.

She wrote: “Me and the kids went to a Hillsong church in Tonbridge and it was amazing. I’ve always been a spiritual person and my neighbours have been begging me to go for years, so I finally did.”

She said the congregation was “like a full-blown concert” and attending made her feel “much better”.

Hillsong is said to have a weekly attendance of 100,000 globally, with six churches located in the UK and others in 15 countries around the world.

But according to The Sun, a source who claimed to be a former member said the church is like a “cult”, amid allegations of homophobia and abuse.

Kerry’s ex George died in July from a reported overdose. He was 39.