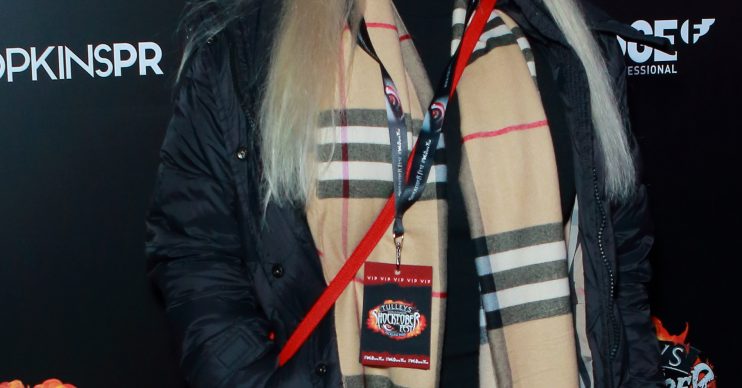 A sad time for her whole family

Heartbroken Kerry Katona shed a tear on Instagram this morning as she revealed that her loyal dog will be put to sleep.

The Atomic Kitten star, 39, regularly posts footage of her morning yoga sessions and the family pet Paddy is often in the background. But this morning, Kerry was surprised when Paddy came over to lick her repeatedly.

My last yoga session with paddy!!! ❤️❤️❤️❤️ and now I’m sure you understand why I do yoga so early in the morning because once everyone is up it’s a mad house!!! ❤️❤️❤️❤️❤️❤️❤️

She exclaimed: “Paddy never licks, do you? You’re giving me lots of kisses.

“You’ve never ever done this to me before, have you Paddy?”

She then said: “We’re all sleeping with him downstairs tonight.”

Addressing her 500,000 followers on social media, she continued to talk about her dog’s many terminal health conditions and how the vet had suggested that putting Paddy to sleep would be the kindest thing for him.

Tonight is Paddy’s last night. He goes to sleep tomorrow.

“I know how much you all love Patrick and watch him in the mornings.

Kerry, who is a mum of five, shed more tears in public earlier this month when she revealed she felt guilty for not helping Caroline Flack enough before her tragic death.

Read more: Kerry Katona begs Corrie bosses to give her a role

Talking about her text message exchange with the former host of Love Island, who took her own life at the age of 40, Kerry said she was thoughtful in her responses as she didn’t want to make Caroline feel any worse than she already did.

She explained to OK! Magazine: “I tried, I really, really did. And I was very careful with what I replied to her in those messages.

“I wanted to tell her I had felt suicidal, but I know that can be triggering, so I used the phrase ‘nervous breakdown’ instead.”

Kerry also confessed she was surprised that Caroline would have wanted to contact her.

“I knew it must have been serious for her to reach out to me because we were in a different league showbiz-wise. She’s up there, I’m down here,” she said.

“I may be a household name, but I’m nowhere near the calibre of star she was. So now I ask myself, why didn’t I push more? Why didn’t I follow up the conversation after those initial few messages? Why was I so scared of looking like a cling-on that I didn’t ask her to meet up so we could talk some more?”