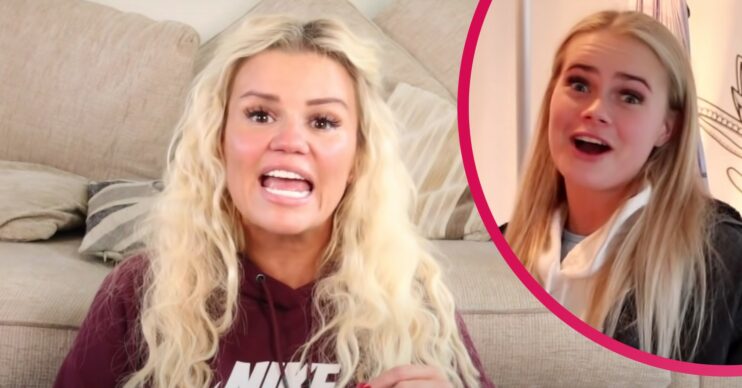 Kerry Katona and her ex Brian McFadden divorced in 2006 after four years of marriage.

The former couple share daughters Molly, 20, and Lilly-Sue, 19, together. And 41-year-old Kerry has three other kids, too.

Brian, 41, also has a third daughter, Ruby, who was born in May of 2021. The Westlife singer shares her with his fiancée Danielle Parkinson. Brian and Danielle are expected to tie the knot later in 2022.

Former Atomic Kitten star Kerry is also currently engaged, to Ryan Mahoney. During a recent OK! interview that also included Lilly, Kerry made her feelings about Brian and Danielle clear.

Kerry Katona on ex Brian and his fiancée

How Kerry and Danielle get on came up during the OK! chat as Lilly was asked about her little sister Ruby.

Lilly described her as “the cutest baby” – and Kerry went on to note she had gifted the infant “the cutest tracksuit”.

Kerry reflected: “I still haven’t had any pictures from Danielle. I must text her.”

This response seemed to prompt the interviewer to ask Kerry whether she has a good relationship with Danielle.

Kerry replied by indicating both she and Lilly are very fond of Danielle.

Indeed, she joked they prefer Danielle over Lilly’s dad!

We love Danielle more than Brian!

“We love Danielle more than Brian!”

Lilly added: “Whenever I see my dad it’s really nice because I get to see everyone.”

Lilly, meanwhile, is looking forward to her dad getting hitched… even though Brian’s nuptials can slip her mind because she is asked about her mum’s wedding plans so frequently.

Kerry, however, reportedly said she and Ryan are in no hurry to exchange vows.

She said there are “no plans as of yet” but they’re “in no rush”.