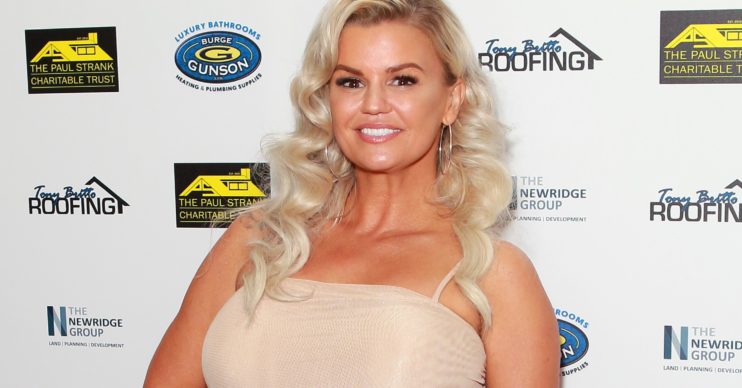 Kerry says she doesn't blame her for quitting the show

Kerry Katona has defended Katie Price‘s decision to quit Celebrity SAS: Who Dares Wins saying she was ‘picked on’.

Writing in her new! column, Kerry compared the tough SAS show to I’m A Celebrity, which she won.

Kerry said she’d rather eat a kangaroo testicle than be shouted at by hardman Ant Middleton.

But the former singer and reality TV star revealed she would love to appear on the show to see how she’d cope.

What did Kerry say?

Kerry wrote: “I watched my mate Katie Price on Celebrity SAS: Who Dares Wins and they didn’t half pick on her!”

“It’s no wonder she left after just two days,” she added. “To be honest, I’m surprised she lasted that long! It’s brutal, isn’t it?!

Last night viewers saw Katie quit Celebrity SAS: Who Dares Wins, after struggling to hold a bag of rocks over her head.

The model blamed her ‘inflamed boobs’ as the reason why she couldn’t go on any longer, not that the show was too tough.

“I pulled something in training,” she told The Sun.

“My breast reduction became inflamed. It was out of my control. I was gutted. I had to leave because of the pain I was in.

“I’ll never take my creature comforts for grant­ed again. I left with new life goals. I left the old Katie up there. She’s not coming back.”

As well as wanting to give Celebrity SAS: Who Dares Wins a go, Kerry has revealed she would love to pursue a career in acting, claiming Hollyoaks turned her down for a role.

After a great effort getting through the initial phase of the course, @KatiePrice becomes the first recruit to VW.#CelebSAS#SASWhoDaresWins@antmiddleton pic.twitter.com/8tyvJoZwpo

Speaking to the Sunday People newspaper, she said: “Acting is what I really, really would love to do. I have tried to go for it but Hollyoaks said no to me.

“You’ve got all these young ones from TOWIE that have got their own shows, but my life is real life [bleep], dealing with kids from 18 to six years old.

“Bloody hard work, I tell you.”