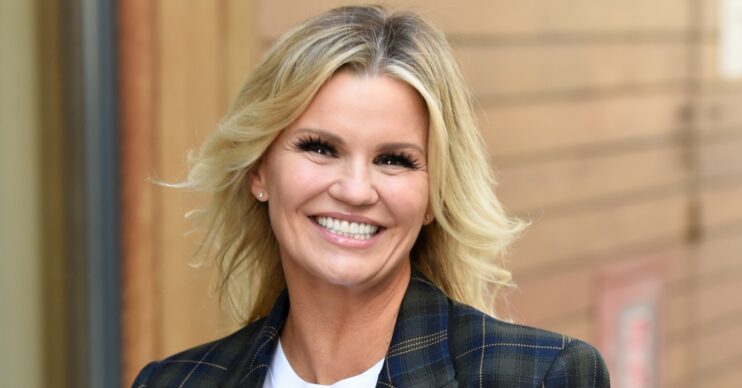 Kerry Katona ‘proud’ as she announces news about daughter Heidi

'I’m really proud of her for being independent'

Kerry Katona has revealed she’s a “really proud” mum as her daughter Heidi has started working her first job in a hair salon.

The singer told New! magazine that her 15-year-old works Saturdays in The Style Lounge salon in Alderley Edge, Cheshire.

She said in her column: “My Heidi now has a Saturday job there – she sweeps the floor and makes cups of tea. I’m really proud of her for being independent and earning her own money.

“I think it’s really important. She enjoys it but it’s a nightmare getting her up in the morning!”

In her new! column, the 41-year-old spoke about treating herself to a new hairdo and last week visited The Style Lounge to get her roots touched up.

She enjoys it but it’s a nightmare getting her up in the morning!

She said she loves going to this salon as she always has a good laugh.

Elsewhere, last month, Kerry revealed that a troll sent Heidi a picture of her OnlyFans page in an attempt to mock her career.

Kerry said in her column at the time: “I like my kids to know what the world is all about. You can’t protect them forever.”

She explained Heidi was sent her OnlyFans page by a boy with a message saying: “This is your mum – how does that make you feel?”

Kerry said her daughter replied saying she felt “great about it, why don’t you ask your dad how it makes him feel?”

Kerry is a mother to five children from three separate marriages.

Her eldest is 20-year-old Molly, followed by 19-year-old Lilly and then Heidi. Her two youngest are Max, aged 14 and DJ, aged eight.

What do you think of this story Let us know on our Facebook page @EntertainmentDailyFix.