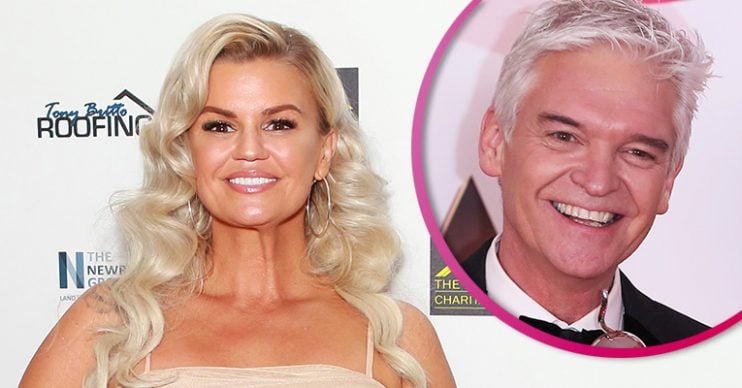 The former Atomic Kitten singer, 39, has stuck her oar into recent claims the ITV daytime presenter is ‘feuding’ with his co-stars by addressing how she was ‘upset’ during a previous appearance on the show.

Kerry has been a regular guest on This Morning over the years – but her most infamous appearance came in a 2008 interview when she appeared to slur her words.

Denying she was intoxicated in her new! mag column, the mum-of-five claimed that interview made it “harder” for her to get work.

She continued: “So you can imagine how upsetting I find it when Holly and Phil come on the show hungover the morning after the NTAs – one time Holly had a stain down her dress and Phil was still in his suit – and everyone celebrates it like it’s the funniest thing in the world.

“That to me just screams double standards.”

When you’re the king of ITV you can get away with anything.

Kerry added: “When you’re the king of ITV you can get away with anything – yet people think I’m [bleep]ed on the show and it nearly ruins my career. Funny that.”

On Instagram earlier today, Kerry seemed to distance herself from her comments as as she shared a snap of an online article about her column.

Read more: Morrisons is selling cheesy pigs in blankets in time for Christmas

“Let me make it very clear that I adore Philip he has ALWAYS been absolutely lovely with me and my children as has Holly!” she wrote in the pic’s caption.

“We’ve known each other for many years!!”

Despite the tabloid headlines about TV veteran Phil, Holly reportedly recently admitted she couldn’t seeing herself staying on if he decided to leave the series.

“If he left This Morning… well we’ve always said from the beginning that if either of us left then we wouldn’t want to do it.”