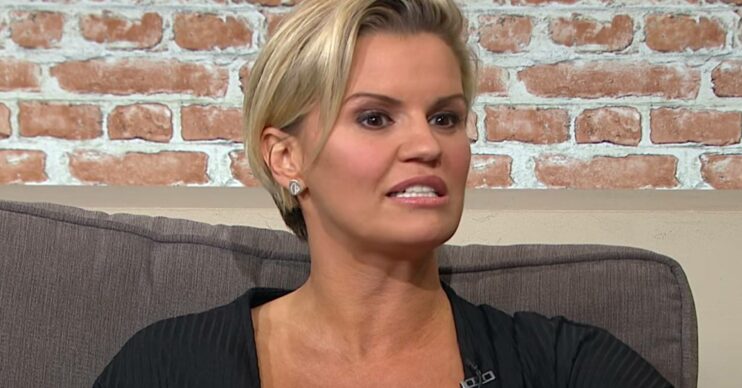 Kerry Katona is mum to five children and now she has told fans she is seeking “extra support” for her teenage son Max at school.

The star, 41, has previously opened up about how her lad struggled with lockdown due to ADHD.

At the time, Kerry revealed in her New! magazine column that Max “smashed up his bedroom out of sheer frustration”.

She also admitted to finding Max’s behaviour, which included screaming and crying, “incredibly difficult” herself.

However, it seems Kerry is upbeat about Max’s future – even if she did recently have to speak with his teachers.

Kerry Katona and her son Max

In her latest New! magazine column, Kerry gave an end-of-school-year update on how her three youngest are faring.

She admitted Max’s school had been in contact regarding his behaviour.

But while she highlighted how he is disadvantaged by his ADHD, Kerry maintained he is aware of boundaries.

Kerry wrote in her article: “The kids have broken up from school now. Heidi and DJ are doing really well – their reports have always been amazing.

“But Max struggles and I get emails from the school about his behaviour. He does find it hard as he’s got ADHD, but he knows right from wrong.

Max does find it hard as he’s got ADHD, but he knows right from wrong.

“I’ve been speaking to his teachers about getting extra support at school, so hopefully that will help.”

Last October, when the school year was just a few weeks old, Kerry spoke about the “nightmare” she had trying to settle son Max into school.

Speaking to OK! after moving home in Cheshire, she indicated every school she had approached about taking him “turned down” Max.

“I’ve had a nightmare with it,” she said at the time.

“Every school I’ve tried has turned him down because there’s not enough room. I’ve put in another application, so we’re just waiting.”

Kerry added: “It’s not just about his education, it’s also about his social skills. He does boxing three days a week, so thank God he’s been able to make new friends that way.”