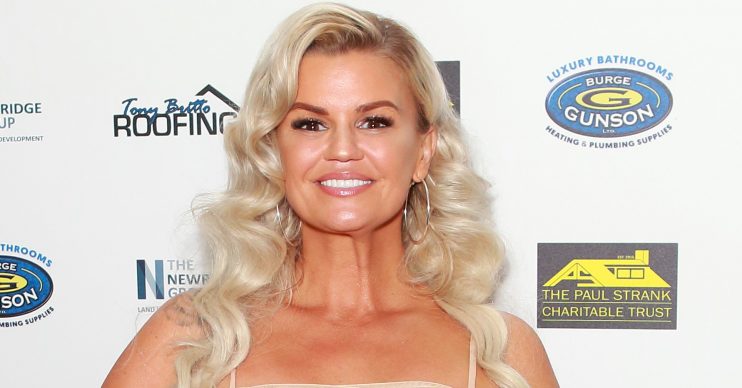 Charlotte is currently taking part in the Australian I'm A Celebrity.

The 39-year-old reality TV star hopes the former Geordie Shore star will “stop messing with her face”, and claims she looks as though she has “got stuck between two lift doors”.

Good morning you beautiful people!! Absolutely loving my jeans I got in the sale from @riverisland think I’m rocking this whole 90s look!! Maybe because I’m turning 40 this year think I might be chasing my youth 😂😂😂🤦‍♀️🤦‍♀️🤦‍♀️

She wrote: “Charlotte’s great entertainment but I wish she’d stop messing with her face as it looks fragile.

“Her face looks like it’s got stuck between two lift doors – she looks a bit like a cross eyed fish.”

Charlotte is currently competing on the Australian version of I’m A Celebrity… Get Me Out Of Here!, and on the programme she described her lips as a “baboon’s arse”.

Writing in her new! magazine column, Kerry added: “Charlotte said her lips look like a ‘baboon’s arse’ and she’s not wrong.”

Kerry’s comments come less than a week after Charlotte admitted she is often branded “Michael Jackson” by trolls commenting on her looks.

Wondered why I’ve been quiet recently ?!?! 🦁🦒🦓🐆 IM GOING IN THE GOD DAM SOUTH AFRICAN JUNGLE for @imacelebrityau !!!! Sitting here writing this not actually having a clue what to expect 😆 all I no is this IS GUNNA BE CRAZY! finally my dreams have come true and I don’t have to photoshop my head on the English line up anymore 😂😂😂😂😂 see you soon my jungle buddies get ready for a WILD ride ❤ #imacelebrityau

The reality star – who has been open about going under the knife in the past – admitted that while she looks “a tiny bit different”, people online have exaggerated some of her changes and taken shots at her appearance.

Speaking on I’m A Celebrity, she said: “I went on the red carpet, I honestly felt like I looked a million dollars.

“I had this lovely dress made, my hair and make-up was all done and I looked in the mirror and I was like, ‘God, I think I actually feel like I fit in.’

“I uploaded a photo the next day and just men were going in on us, like, ‘Ugh Pete Burns, blah blah blah, disgusting, Michael Jackson’. I get called Michael Jackson all the time. People are just ruthless.”

Read More: Cheryl ‘to look for sperm donor sooner rather than later as she put a time limit on extending family’

However, the 29-year-old star insisted now she shrugs off nasty comments and pointed out she’s now heard everything.

She added: “If I see trolling on my pictures I’m just like ‘say something new,’ because it’s nothing I haven’t heard before.

“Because it really doesn’t matter what Paul Brown from 75 Smith Street thinks about that, because he’s probably a bit of a [bleep] himself.”