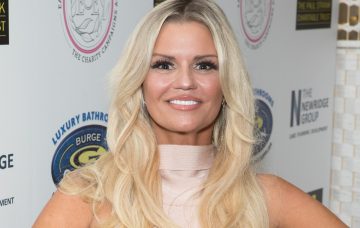 She already has five kids

Kerry Katona has said she wants another baby – because it has always been her dream to be a mother-of-six.

The former Atomic Kitten singer – who has Molly, 17, and Lilly-Sue, 15, with ex-husband Brian McFadden, Heidi, 11, and Max, 10, with second spouse Mark Croft and four-year-old Dylan-Jorge with third husband George Kay – is currently single after splitting from boyfriend Ryan Mahoney.

However, she hasn’t given up on love and wants to settle down again eventually and add to her brood once more.

She told New! Magazine: “I haven’t given up on romance or marriage, I’m still a firm believer in it – I just don’t want it right now.

“I’ll definitely have another baby too. I always wanted six. My dream was always to be a wife and mum and it still is.”

When it comes to finding a new boyfriend, the 38-year-old star doesn’t want a “leech”.

She added that she’s looking for someone with “drive, ambition, their own money and a job”.

In February, Kerry will be seen on Celebs Go Dating and she’s excited to be taking a new approach to her love life.

She told the mag: “I haven’t actually done the whole dating thing. I’ve jumped into relationships but I haven’t shopped around, which I’d love to experience. Because I had such a toxic relationship with George, I’ve got this wall up around me that I’m hoping they will help me break down.”

Last month, Kerry revealed she had signed up to Celebs Go Dating to try and find love again.

Sharing the news on Instagram, Kerry shared a preview clip of herself on the show.

Do you have children? If so, how many? Leave us a comment on our Facebook page @EntertainmentDailyFix and let us know what you think.