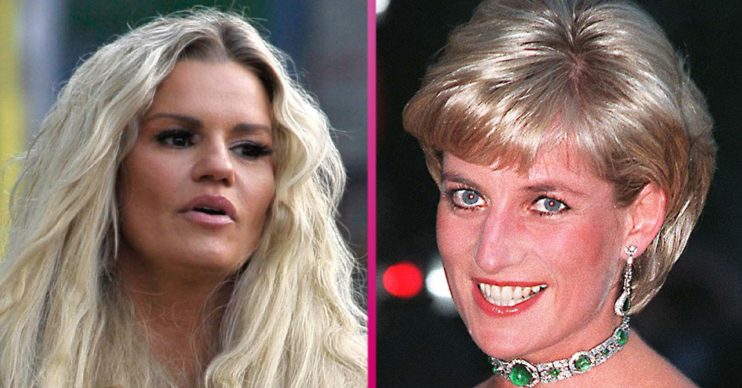 Kerry Katona admits she can ‘definitely relate to Princess Diana’

Kerry Katona has likened herself to Princess Diana, insisting she can “definitely relate” to the late royal.

The 40-year-old reality star may not have royal links in her family, but she can certainly empathise with the British monarchy.

In her latest magazine column, Kerry shared her thoughts on the most recent royal news.

She wrote in New magazine: “It was very sad to see the Queen out and about for her first royal duty without Philip.

“I’d love to sit down with her and make her some cucumber sandwiches and have a good old chinwag! I’m going to be devastated when she dies. I’ve always loved the royal family.”

I can definitely relate to Diana

Furthermore, Kerry went on say she “related” to Diana‘s constant attention from the media.

Kerry continued: “When I was in a foster home, I was moving in with a family for Christmas and when they asked me what I wanted as a present I asked for a Princess Diana biography. I can definitely relate to Diana in regards to the paparazzi.”

The former Atomic Kitten singer made the decision after being in “agony” with her back.

Captioning an eye-popping shot of her cleavage, Kerry followed up on the speculation.

She wrote: “Getting these bad boys reduced! Thank God for @maurino_joffily, they’re bigger then my head! New house, new boobs!

“You women know how it feels, my bloody back is in agony! So @maurino_joffily is gonna make them smaller.”

Kerry previously underwent a boob uplift back in 2019.

Furthermore, earlier this month, Kerry shared some exciting news with her followers.

On Instagram, she revealed her family are set to move to a new six-bedroom mansion.

Thirteen years after being declared bankrupt, Kerry said: “Well it’s official!! After losing EVERYTHING 13 years ago and having to rent I’ve finally bought me a house!! I want to share this news because many times over the years I literally felt suicidal!

“BUT I never gave up! If I can turn things around and get back on top ANYONE can. I’m not gonna lie credit where credit due I’m really proud of myself. DON’T EVER GIVE UP ON YOURSELF!!!!!!! Doesn’t matter if others don’t believe in you just as long as you believe in yourself!”

In addition, she praised her fiancé, Ryan Mahoney, 31.

She added: “Thank you @ryanmahoney_7 for always having faith in me even when I didn’t. I love you #LOA #stateofmind.”