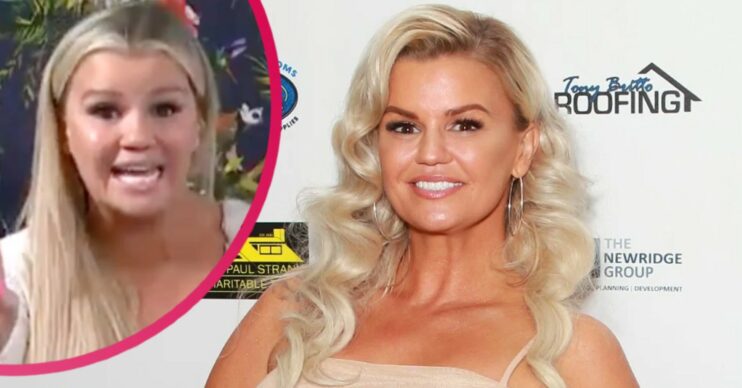 Kerry Katona has admitted her OnlyFans subscriptions have “gone through the roof” following her explosive row on GMB.

On Wednesday (June 9), the reality star locked horns with Real Housewives’ Tessa Hartmann in a debate over padded bikinis for children.

But while things initially kicked off over swimwear, Kerry was far from impressed when Tessa brought up her OnlyFans account.

What did Kerry Katona say about her OnlyFans account?

However, it appears the clash has worked wonders for Kezza’s bank balance.

She told OK!: “I’m delighted she gave me publicity for my OnlyFans – my account has gone through the roof now!

“I would never dream of going on Good Morning Britain to start talking about my OnlyFans, so I’m really grateful to her.

“Millions of people watch the show, so she’s given me a massive platform to promote it to all those men who didn’t know I had an account!”

Kerry, 40, joined the online adult platform, OnlyFans, back in May last year.

On the site, she shares racy pictures and content with her fans for a fee.

What happened between Kerry and Tessa on GMB?

Earlier this week, Kerry and Tessa were invited onto GMB to discuss New Look’s range of padded bikinis for children.

Kerry made it clear she disagreed with the bras, claiming they “sexualised” youngsters.

She said: “There are a lot of things out there that are bad influences like these social media sites like OnlyFans.

“When we talk about covering up the modesty of a nine-year-old who is a bit self-conscious jumping in the pool, getting wet with – dare I say – nipples showing.”

However, things soon got heated between the pair.

Kerry raged: “First of all, sorry to interrupt, OnlyFans is over-18. No one is actually putting that to a nine-year-old child.

“And second of all, when I go on holiday to a resort with my children and there is a bunch of strangers there, I am not going to put my nine-year-old child in a padded bikini bra which is sexualising them, not knowing who is stood there watching them.”

In addition, she said: “For me, that is almost like dangling a carrot in front of a paedophile.”

The debate left viewers divided as some agreed with Kerry’s point of view.

One wrote on Twitter: “Well done Kerry this is so wrong selling padded bikinis for nine year olds. Children grow up far too quick without making them look older.”

Meanwhile, others believed the mum-of-five could have handled the interview differently.