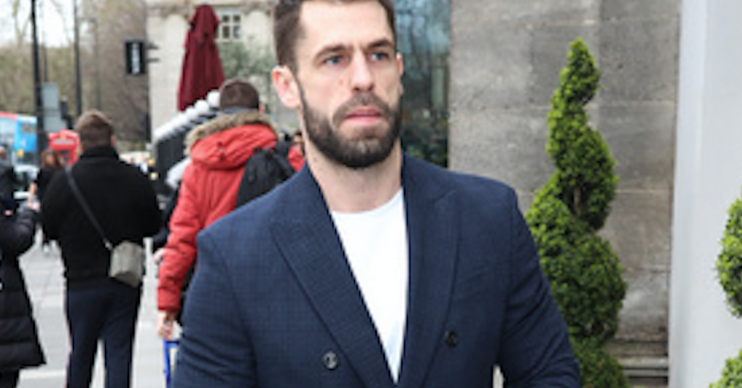 Ex soap star Kelvin Fletcher will command a £100,000 fee for panto later this year, according to a news outlet report.

The Strictly Come Dancing winner and Emmerdale favourite, 36, is said to have signed up for the impressive fee by The Sun to play the starring role of the Prince in Sleeping Beauty.

CBBC presenter Sam Nixon is also reported to be lined up for the festive production at the Sheffield Lyceum, set to run from December 4 to January 3 of 2021.

ED! has approached a representative for Kelvin for comment.

Last October, Kelvin was linked with a run in the West End after producers reportedly believed he could be a ticket-selling draw following his stint on Strictly.

The Mirror claimed he had been asked to take the lead role in Joseph and the Amazing Technicolor Dreamcoat in London’s famous theatre district.

I just take each month, each year as it comes and just enjoy the ride and whatever I do I give it my all and see what happens.

The tabloid also reported Kelvin could pocket a quarter of a million pounds for performing in the musical – but so far in 2020 the Andy Sugden actor seems to have been tied up with the Strictly live tour.

An unnamed source was reported to have told the newspaper at the time: “Producers are keen to snap up Kelvin for a lead in the musical and have approached him with a £250,000 offer this week.

Read more: Meghan ‘talking to Hollywood agents as she plans to return to acting this autumn’

“He has agreed to meet the producers at the top of the new year, once the Strictly madness is over. They are aware of his popularity and excellent dancing skills and they have also been made aware he has a fairly good voice too.

“They are confident that with a few singing lessons he would be a perfect fit for a starring role. They know he will be in huge demand after Strictly, so wanted to get in early.”

Kelvin ruled out a return to Emmerdale in January – but if it is down to him he could pop up in another ITV soap.

He said during an appearance on Lorraine earlier this year: “Emmerdale was 20 years of my life, it was a huge part of my professional life and my personal life.

“I’ve grown up on the show, I went through my adolescence in the show, in front of the nation if you like, so it’s still got a very much, very warm place in my heart.

“But for me as an actor I still consider myself a young actor, dare I say it, and I’ve got huge ambitions and dreams and I want to try and chase those and TV drama and film is where I want to be.

“Who knows, I never thought I’d do Strictly and I went on to do quite well, so I just take each month, each year as it comes and just enjoy the ride and whatever I do I give it my all and see what happens.”

But it seems Kelvin is not against the idea of appearing in a regular telly role once again.

He was quoted by The Sun this week as saying: “I’d love to go back to a soap. Coronation Street would be great.”