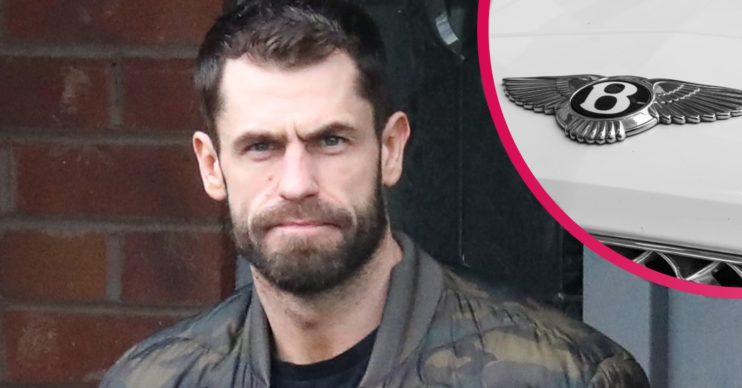 The former soap star is proudly showing off his new supercar

Kelvin Fletcher has shown off his new car on social media.

The former Emmerdale actor, 36, posed with a deep green Bentley on Instagram.

The Strictly winner 0f 2019 looked delighted at his new ride.

Here shared in view of his 364,000 followers: “Thanks to @bentley_manchester I’m starting the weekend in style.

How much did Kelvin Fletcher’s Bentley cost?

Kelvin’s celebrity pals rushed to congratulate him on his stunning new car.

Former Corrie actor Ryan Thomas posted, “Oh hell” and Top Gear’s Paddy McGuinness remarked, “I was sat on the roof of that 3 weeks ago.”

Kelvin is a massive petrolhead and has competed in auto racing professionally.

Thanks to @bentley_manchester I’m starting the weekend in style 😜🙌🏻😍 Special thanks to @nikshawx . . . Posted @withregram • @bentley_manchester Today we introduced the beautiful Flying Spur to our good friend @kelvin_fletcher We hope you love it as much as we do ✨ #FlyingSpur #WorldofBentley

He started competing professionally in 2011 and by 2017 moved to the British GT Championship.

And his next level up will be joining the GT3 class in a Bentley Continental.

His new car news comes just a week after speculation that he would be returning to Emmerdale.

Since winning Strictly last year, his fans have wondered if he would return to the soap as his character Andy Sugden.

Is Kelvin Fletcher returning to Emmerdale?

And after he was spotted on set, it seemed a done deal he’s due for a comeback.

But Kelvin said in an interview with ITV’s Loose Women that this is not the case.

He said he was back on set to film a short interview – and that he has ‘no plans’ to return to the soap opera.

He explained: “I was only there to film a little interview.

“So no, I have no plans to go back, I was there to film an interview.”

He filled in for Jamie Laing who had to pull out of last year’s competition due to an injury.

He said he had auditioned three times previously – and never been selected.

Kelvin recalled: “As an actor you are very used to rejection, but I always change it to redirection, I was redirected an awful lot.

“And then I got the call out of the blue to say unfortunately somebody had been the victim of an injury and there was a place there if I wanted it.”