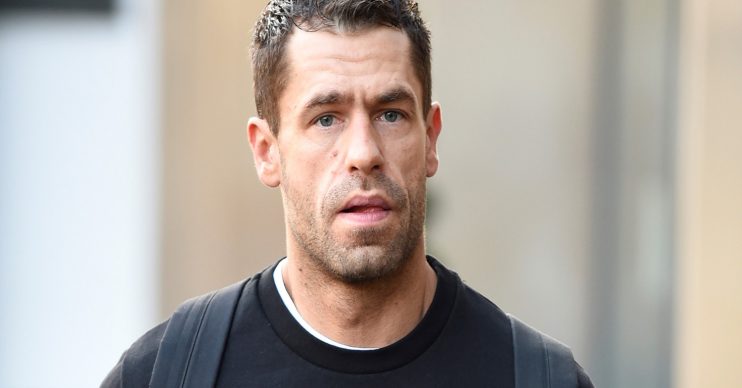 Fans were divided over the Strictly star's new look

Former Emmerdale star Kelvin Fletcher has shaved his head during the coronavirus lockdown.

With many not able to have their hair cut, men and women across the UK are shaving their heads.

The Strictly Come Dancing winner is one of them and showed off his new look on Instagram on Saturday, April 4.

He tweeted: “Had to be done! #StayHome #StayWell.”

Fans were quick to share their thoughts and some people weren’t keen on Kelvin’s new look.

One person said: “Oh no you shouldn’t have done that.”

Another wrote: “No!! Looks awful.”

Others, however, loved the look.

One added: “You look amazing no matter what Kelvin stay safe.”

A third said: “I love it it really suits you, stay safe.”

You look amazing no matter what Kelvin stay safe.

Kelvin is the latest celebrity who has shaved their locks off.

He told fans: “Just had to be done #stayhome #staysafe #staystrong GOODNIGHT.”

In a video shared to his Instagram page, Cristiano is seen undergoing an image overhaul as Georgina shaved away.

Meanwhile, celebrities also recently joined in with the Clap for our Carers campaign to thank the NHS staff and key workers for their hard work.

The Initiative invites the British public to join in a collective round of applause every Thursday night.

David and Victoria Beckham and their family joined the nation in clapping for the NHS last month.

In a video shared to the former footballer’s Instagam, David and his children Harper, eight, Cruz, 15, and Romeo, 17, showed their support.

In the footage, David said: “We’re so proud of you guys. Thank you so much.”

Victoria is heard saying: “Us Beckhams are all clapping to show our thanks to all the people working so hard in the NHS.

“All the doctors and nurses keeping us safe.”