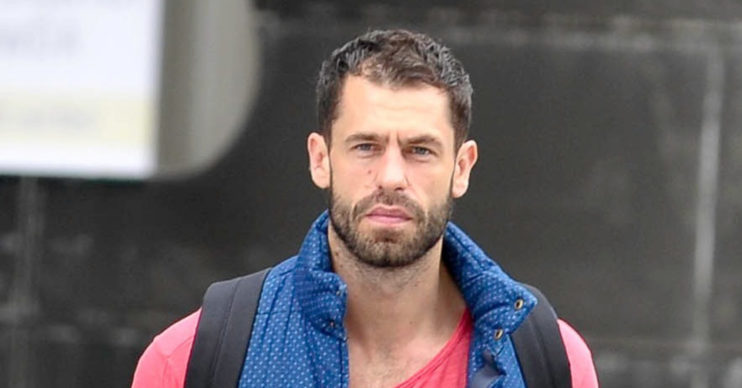 Brits are allowed in pubs after lockdown restrictions were eased

Former Emmerdale star Kelvin Fletcher is celebrating his return to his local pub after months in lockdown.

The dad-of-two, 36, shared his long-awaited pub trip on social media.

Showing off his bleached hair, he shared a snap of himself enjoying a well deserved pint with a friend.

Kelvin gushed over how happy he was to support the local business, The Greyhound Pub in Royton.

And also “how good” the fresh pint tasted after months stuck at home.

He also copped to promising to only have one drink out – but this soon turned into four.

Sharing in view of his some 366,000 Instagram followers, the 2019 Strictly winner wrote:

“I can’t tell you how good this tasted!

“To all the pubs up and down the country that are the bedrock of many communities, here’s to you.

“In my local with the landlord I have to say ‘nipping out for 1’ turned into 4 before I had to get back for Sunday lunch!

He went on to share a selfie oh him downing his first pint.

He captioned the snap with: “Bloody hell that tastes good.”

As of July 4, pubs and bars across the UK have been allowed to reopen.

However, Test and Trace is in place, and social distancing must be abided too.

On Twitter he posted a snap of himself on a local park bench.

Donned in bright white trainers, jeans and a tight blue shirt he claimed this look is his “Sunday best”.

In view of his some 277,000 Twitter followers he shared: “Wearing my Sunday best. Trainers that is! #SundayVibes.”

Despite Kelvin seemingly ecstatic to spend time at his local, he has been keeping himself more than busy during lockdown.

He has shared glimpses into his intense home workout routines online, offering up plenty of fitness inspiration.

And he also has his very own man cave. His special room in his Greater Manchester home boasts its own bar.

He also recently invested in a race car simulator which costs an average of £5,830.

Wearing my Sunday best.
Trainers that is!
😀😎#SundayVibes pic.twitter.com/ERpYIVSwoN

However, he found further fame in 2019 when he competed on Strictly Come Dancing.

Standing in for Made In Chelsea star Jamie Laing after an injury, he went on to win the coveted Glitterball Trophy.

What do you think of Kelvin’s big day out? Share your thoughts with us on Facebook @EntertainmentDailyFix.