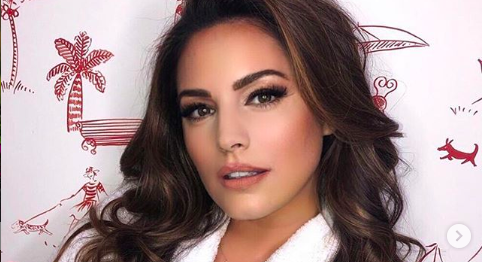 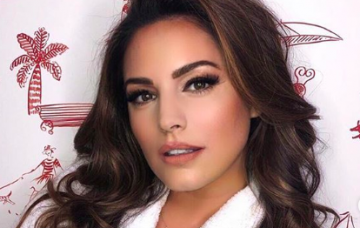 The stunning model has lost 15lbs in a month

Kelly Brook is arguably one of the most beautiful women in the world – but even she gets insecure at times.

Now the model has revealed that she’s been dieting hard since October – and she’s lost over a stone in just a few weeks!

Speaking to The Sun, the TV star says: “Over the last few months I’ve started to feel less confident and uncomfortable in my clothes. I knew I was heavier than I wanted to be.”

She revealed that she’d even started Photoshopping her pictures for social media, saying: “Modern technology and mobile phone filters mean that everyone can quickly alter how they look. I know I’ve tweaked photos on my phone when I don’t like what I see on screen.”

The TV star – who is dating Italian, Jeremy Parisi – has previously admitted her weight fluctuates, and she wears anything from a dress size 8 to a 16.

She has now lost 15lbs since October and is a size 12.

She adds: “Happiness is getting back into a pair of skinny jeans… I take great pleasure in opening the wardrobe doors wide.”

Kelly, 38, is the new face of diet plan Slim Fast and announced the collaboration on Instagram, where she wrote: “For those of you who are already looking ahead to January I have some exciting news, I am working with @SlimFastUK 💙🧡.”

Kelly’s 1million followers piled in to compliment her svelte look, with one commenting: “You are stunning mam 💜💜💜💜.”

A third compared her to the beautiful actress from Modern Family, saying: “I have to say, you look like the twin of Sofia Vergara 🔥🔥🔥😍😍😍.”

Others were disappointed Kelly felt under pressure to lose weight, writing: “Aww Kelly really? 🙄 you are beautiful just the way you are.”

Another added: “Shameful @iamkb You’ve sold-out. I thought you were better than this. Unfollow.”

A third complained: “If it works for you then great. I’m just saying you don’t need to spend money to get in shape and healthy 😊.”

It’s an exciting end to 2018 for the Loose Women panellist, who’s had a great year, even landing a part on iconic crime drama Midsomer Murders.

She’s also had a lovely, snowy Christmas, on a skiing holiday with Jeremy.

Will you be going on a January diet this year? Leave us a comment on our Facebook page @EntertainmentDailyFix and let us know what you think.