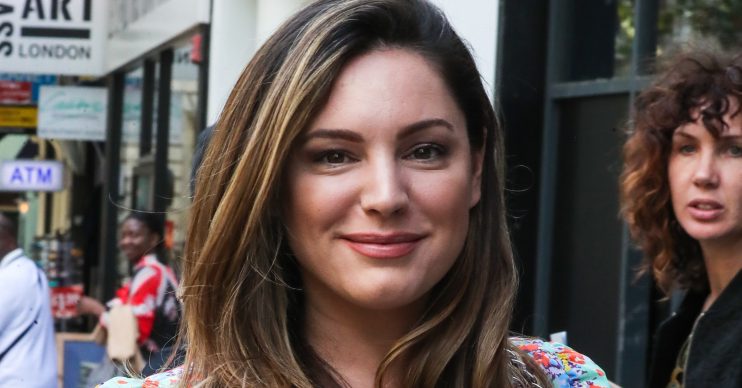 Model and broadcaster Kelly Brook has hit back at trolls saying that she loves being curvy and ‘having boobs and a bum’.

The 40-year-old told The Sun: “I’ve always been quite a positive happy person within my own skin, but when you see things online from trolls saying ‘Kelly’s putting on some timber’ or ‘she’s put on weight’, it’s very hurtful.

“I do get online abuse and I see it, but I try not to take it personally.

I’m feeling confident in my body and happy with the weight I am at the minute. I like being curvy, I like having boobs and a bum.

“I’m feeling confident in my body and happy with the weight I am at the minute. I like being curvy, I like having boobs and a bum.”

She went on to say that being in showbusiness for 20 years, people have seen her age and when they haven’t seen her in photographs for a while they notice every little weight gain or difference.

Kelly said that when a celeb is in the public eye ‘you’re putting yourself out there to be judged and criticised.’

Last year, Kelly shared images with fans of her having laser treatment to tackle her double chin.

“I just want to say a big thank you to the ladies who have been so kind in giving me the Strawberry lift, which is an amazing new laser treatment,” she told her Instagram followers.

“It focuses on your neck and this kind of double chin area, which, as I’m getting older…I mean, what is going on?”

She also revealed in 2017 that she was on a weight-loss mission following comments by her boyfriend, Jeremy Parisi, who called her his ‘little balloon’.

She overhauled her eating and exercise regime, and successfully lost an amazing 21lbs.

Kelly isn’t the only celeb to have hit back at trolls over body shape.

Former TOWIE star Lucy Mecklenburgh, who is expecting a baby boy with ex-Corrie actor Ryan Thomas, shamed spiteful trolls who had left rude messages about her – by posting the messages on her Instagram.

Lucy, 28, has been honest while documenting her journey on social media, saying that she had ups and downs during her pregnancy.

“I’ve accepted it’s part of the journey,” she told a fan who asked her about the weight gain in an Instagram Q&A in December.